Reid, Thomas, Damascus, McClure p. o., a son of James and Jean (Gemmell) Reid, was born in Kirkmichael, Ayrshire, Scotland, in June, 1813. He was one of a family of six children: Agnes, Matthew, Thomas, Margaret, James and Jane. He was married in 1836 to Marion Bone, who died December 4, 1841, leaving a family of three children: James, Janet, and Thomas. He emigrated to America in 1843 with his mother, two sisters, Agnes Grassam and Jane Reid, and his three children. He settled at the mouth of Turkey Foot Creek, where his brother, Matthew, had located two years before. His sister, Margaret Rankin, came to America nine years before her brother, Thomas, and settled in Canandaigua, N. Y., where she resided until her death. His Brother, James, remained in Scotland, and has been dead about thirty years. Agnes G. Wilson is still living in Napoleon. Jane Crockett lives in Grand Rapids, Wood county, O. His mother died October 23, 1831. In 1854 Thomas was married to Almira Crockett, a daughter of James and Mary (Haskell) Crockett, of Maine. They have had a family of nine children, six of whom are now living: Mary, Knott, Wilham, Charles, Edwin, and Agnes. His son, Thomas, died July 14, 1862. Mr. Reid died at the old homestead, January 14, 1878. His wife still resides on the homestead farm. 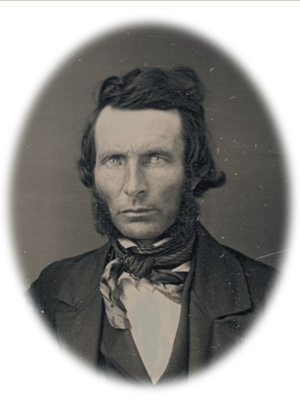