He was elected as the first African American to serve in the United States Senate, and was the first African American to serve in the U.S. Congress. He represented Mississippi in the Senate in 1870 and 1871 during the Reconstruction era. Republican politician, and college administrator. Born free in North Carolina, he later lived and worked in Ohio, where he voted before the Civil War. During the American Civil War, Revels had helped organize two regiments of the United States Colored Troops and served as a chaplain.

ask our community of genealogists a question.
Sponsored Search by Ancestry.com
DNA
No known carriers of Hiram's DNA have taken a DNA test. 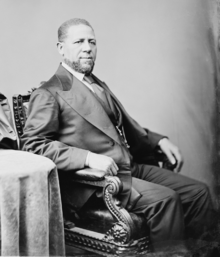