Richard Reynolds
Born about 1660 in Isle of Wight, Virginia

The terms Richard Reynolds Jr and younger are to distinguish him from his Uncle Richard.

Richard Reynolds, (the Younger) On 10 May 1679 patented 566 acres in the Isle of Wight on the northwest side of the lower Bay Creek which included 241 aces, part of the 450 acres granted to Christopher Reynolds, 15 September 1636. Some of this land had been given by the immigrant Christopher to his son Christopher, who in turn bequeathed it to his son this Richard.[2]

He left a will 27 July 1711 giving his wife Elizabeth his plantation, leaving land for his three sons, and land to Richard Jackson on the Blackwater Swamp.[1]

ask our community of genealogists a question.
Sponsored Search by Ancestry.com
DNA Connections
It may be possible to confirm family relationships with Richard by comparing test results with other carriers of his Y-chromosome or his mother's mitochondrial DNA. However, there are no known yDNA or mtDNA test-takers in his direct paternal or maternal line. It is likely that these autosomal DNA test-takers will share some percentage (beta) of DNA with Richard: 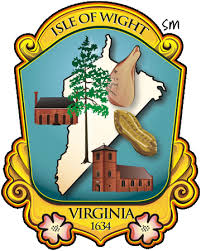 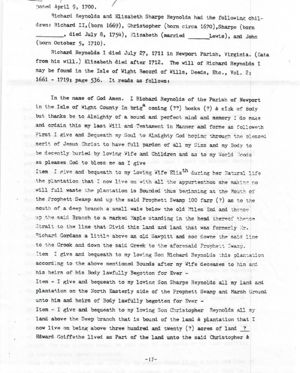 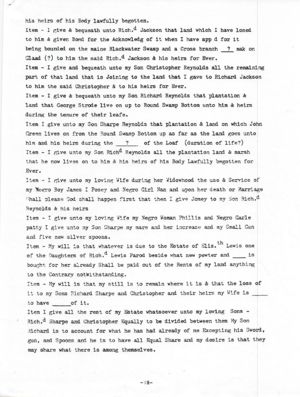 Anne B
According to Adventures of Purse and Person, the Richard who married Eliz Williams was son of the 2nd Christopher. You have him attached to the first Christopher. His mother should be Sharpe-1362. Subsequently he has wrong children attached. Do you object to me fixing this?
posted Dec 22, 2019 by Anne B

Gail (Baker) Williams
Yes, please, Anne, feel free to make the corrections. Thank you for bringing it to my attention.

Merry Christmas to you and yours.