Cecil John Rhodes, son of Francis William Rhodes and Louisa Peacock, was born 5 July 1853 in Bishops Stortford, Hertfordshire, England. He was baptised on 28 August of that year in St Michael's Church, Bishops Stortford. [1] [2]

During April of 1861, Rhodes and his mother took a trip to Jersey, in the Channel Islands, staying at the boarding house belonging to Elie Brie and his wife Elizabeth at 33 David Place in St Helier. It is perhaps worth noting that Sophia Rhodes is listed under her maiden name of Peacock, and Rhodes himself, although only seven, is listed as a gentleman. [3]

By 1871, Rhodes was sent by his father to Africa. He began working as a cotton farmer but quickly moved to the diamond fields in Kimberley to sell ice to miners. [4] In 1873 he bought his first claim. [5] On 13 October of that same year, Rhodes was admitted to Oriel College, Oxford. [6] Rhodes had already suffered a slight heart attack by the time he went up to Oxford, and poor health meant he had to leave after his first term. The following year he returned to the Cape to continue perusing his mining interests. [7]

However, Rhodes had not given up on his dream of becoming a barrister and returned to Oxford to continue his studies in the summer of 1873, being made a student of the Inner Temple in 1876. Rhodes was initiated into Freemasonry on 30 January 1877 at the Apollo University Lodge in Oxford. [8]

Rhodes eventually took his degree in 1881 and returned to the Cape to continue buying out smaller owners in order to increase his holdings. [6] That same year, he became a Member of Parliament in the Cape, whilst continuing in the diamond mining business. [4] He eventually merged his business with that of his largest competitor on 12 March 1888 to form De Beers Consolidated Mines Limited. [5] Rhodes was not without controversy. He implemented "closed compounds," which segregated migrant workers in his mines. In 1889 Lord Salisbury awarded Rhodes a charter to form the British South Africa Company (BSAC), which gave him free reign to achieve both his political and business aims, often involving the use of force. In addition to this, by 1890 Rhodes had become Prime Minister of the Cape Colony and in 1892 passed the Franchise and Ballot Act, raising property qualifications and introducing a literacy test, which excluded most Africans from voting. [4]

Throughout his life, Rhodes made a number of trips back and forth between London and southern Africa. This was especially so in 1892. On 9 April he arrived in London from Delagoa Bay, Mozambique, on the Dunottar Castle. [9] He left London to return to Cape Town on 21 April, again on the Dunottar Castle. [10] Finally on 24 October Rhodes traveled from Cape Town back to London on the Norham Castle. [11]

Rhodes transferred from the Apollo University Masonic Lodge in Oxford to The Bulawayo Lodge, in Bulawayo Matabeleland, then Northern Rhodesia, and now Zimbabwe and was initiated 14 May 1895. [12] Two years later he traveled to Natal, Brazil, arriving in London during January 1897 on the Umvoti. [13]

Rhodes never married, pleading "I have too much work on my hands" and saying that he would not be a dutiful husband. [14] From age 40 his heart condition returned with increasing severity until his death from heart failure on 26 March 1902, aged 48, at his seaside cottage in Muizenberg. He was laid to rest at World's View, a hilltop located approximately 35 kilometers (22 mi) south of Bulawayo, in what was then Rhodesia. Today, his gravesite is part of Matobo National Park, Zimbabwe.

In his last will and testament, he provided for the establishment of the famous Rhodes Scholarship, the world's first international study program. The scholarship enabled students from territories under British rule or formerly under British rule and from Germany to study at Rhodes's alma mater, the University of Oxford. [15]

His birthplace was established in 1938 as the Rhodes Memorial Museum, now known as Bishops Stortford Museum. The cottage in Muizenberg where he died is a provincial heritage site in the Western Cape Province of South Africa. The cottage today is operated as a museum by the Muizenberg Historical Conservation Society and is open to the public. [16]

Is Cecil your ancestor? Please don't go away!

ask our community of genealogists a question.
Sponsored Search by Ancestry.com
DNA
No known carriers of Cecil's ancestors' DNA have taken a DNA test. 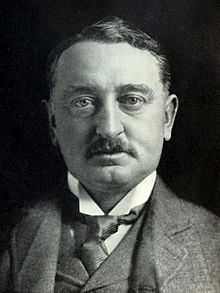 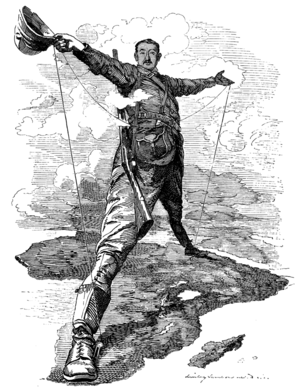