Kate Rice eschewed a math professor's future to become the first female prospector in the Canadian North. An explorer and writer, she formed Rice Island Nickel Company in 1928.

Born in 1882 in St. Marys, Ontario, she was the daughter of Henry Rice and Charlotte Carter.[1] Her father taught her to canoe and to camp at a young age. After graduating from the University of Toronto in 1906, she was hired as a Professor of Mathematics at Albert College in Belleville, Ontario. In 1911, she moved west and taught in Yorkton, Saskatchewan. She became an accomplished climber in the Rockies, later joining the Alpine Club of Canada.[2]

"Rice studied geology books and, by making friends with local aboriginals, learned to shoot, trap and speak Cree. She traveled the northern wilderness on her own, dodging dangerous rapids by canoe and navigating the bush by dogsled. Rice was renowned in the area because she had such control of her dog team she never had to lash the animals... She penned scientific papers about the northern lights and dabbled in journalism by writing articles for the Toronto Star. She later added commercial fisher and market garden grower to her list of accomplishments. To top it off, she was a stunner..."[3]

She died in Minnedosa, Manitoba, in 1963 and was buried at Saint Marys Cemetery in St. Marys, Ontario.[4]

She was inducted into the Canadian Mining Hall of Fame in 2014.[5]

ask our community of genealogists a question.
Sponsored Search by Ancestry.com
DNA
No known carriers of Kate's ancestors' DNA have taken a DNA test. 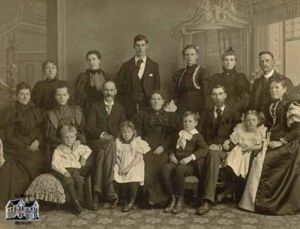 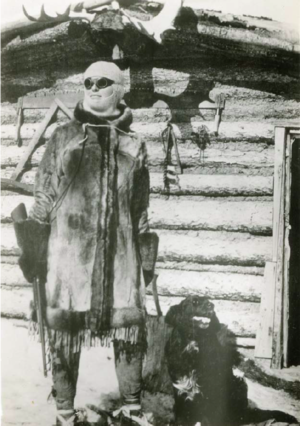