Quincy has had a large share in shaping the destinies and administering the affairs of the nation, and many of her citizens have rendered eminent service in her councils of state. Of these none have had so extended and eventful a career as the Hon. Wm. A. Richardson.

Born in Kentucky in 1811, he came to Illinois in 1831, and thus early commenced the practice of law. in Shelby County, although not quite out of his teens. His success at the bar was so marked that in 1831: the Legislature elected him to the responsible position of State's Attorney. This position he resigned in 1836, on his election to the Legislature from Schuyler County. In 1838 he was again sent by his constituents to the Legislature, this time as a member of the Senate, where he served four years. Two years having expired he was a second time elected to the House of Representatives, and upon its organization was elected speaker. The same year he was one of the Presidential Electors on the Democratic ticket. On the breaking out of the war with Mexico Mr. Richardson, although just at the spring-tide of political preferment, with the honors and emoluments of office within his grasp, resolved to espouse the cause of his country on the field of strife. Raising a company, he at once went to the front and did noble service. Devoted to his men, a brave and humane officer, on the field of Buena Vista he was for gallant conduct promoted to the position of Lieutenant Colonel by the unanimous voice of his regiment.

Returning home with the laurels of the field, exalted honors awaited him, and he was promptly elected to Congress to fill the vacancy occasioned by the resignation of Judge Douglas. Re-elected in 1848, and for three successive terms immediately following. Col. Richardson continued in Congress until 1856, and was a recognized leader of his party in that body. On his retirement from Congress, he was nominated by the Democracy of Illinois for Governor, but was defeated by Gov. Bissell. the majority of the latter being only 3000.

The administration of President Buchanan coming into power, he was in 1857, appointed by the President Governor of the then territory of Nebraska. This position however he retained only one year, when he again returned to Quincy Here in 1860 he again received the nomination, and was again elected to Congress where he served until 1863, when he resigned to accept a seat in the United States Senate to which he had been elected to fill the vacancy occasioned by the death of the lamented Douglas. The political complexion of the State and Nation having undergone a great change, and the Republican party being in tho ascend- ant in both, at tho expiration of his term in the Senate, Col. Richardson sought the retirement of his home in Quincy.

Although this remarkable man has passed through the eventful and distinguished career here briefly sketched, he is still vigorous in mind and body, and is destined to yet do valuable service in the interests of the nation. A man of warm and generous impulses, of powerful intellect and bold ideas. Col. Richardson has at all times wielded a giant influence with the masses, and has found few equals as a stump orator, while in the great councils of his party his native eloquence has been no less potent. Few men have had more devoted followers in the arena of politics; and of all the great men with whom he has mingled, none have been more steadfast to principle and party than the Hon. Wm. A. Richardson.[1] 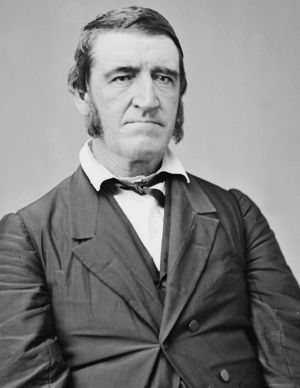 History of Quincy and Its Men of Mark 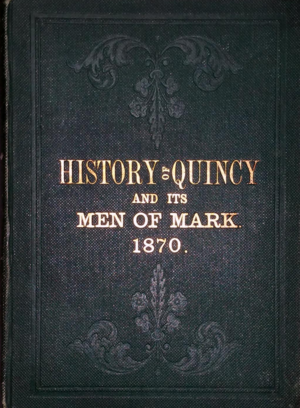