CHARLES was named after NAMESAKE OR ORIGIN OF NAME.

CHARLES grew up in CHILDHOOD HOME in Kaihere NZ.

He went to school at Kaihere SCHOOL and graduated in YEAR OF GRADUATION.

CHARLES worked for himself at Richardson's Grocery Beach Haven , then sold real estate for Twentymen's THEN Barfort & Thompson ( Birkenhead) specialising is section sales Some of the things most important to CHARLES included Sailing and Fishing

This was 22.5 km from the family farm in Kaihere, on State Highway 27

Named : Charles James Guinness Richardson. But know by everyone as Jim

• Charles being the family name given to the eldest son for 4 generations,

• James after his great uncle James Spray and adopted grandfather ,

• Guinness since his 3rd Great Grand father was Arthur Guinness and founder of the Brewing family.

Although named Charles he picked up the identify of “Jim” , so he wouldn’t be mistaken for his adopted Grandfather James Spray.

Childhood Jim grew up on the family farm on Torehape Rd East, that his father had settled on a WW1 Veterans plan.

The great depression of the 1930’s over shadowed his up bringing. Times were often challenging .Not very much of the Land developed in the early days so the family was hard up. As time went on the size of the herd increased and things improved. He would often tell his sons and then grand children. ” In my Day…..” and present us with stories of life on the farm.

Went to Kaihere District School , down what is now State Highway 27, a daily 5 km horseback trip on an old nag named Jess with a brand mark “Poo” , younger brother Jack Frank and little sister Patricia Noel and a local neighbour shared the bony back of this old horse , with Jim bouncing around on it’s rump.

His “higher education” form 3 and 4 . Was at Otahuhu College, were These two years he boarded privately , Leaving school aged 14 .

This was the time of the World War 2 , Being under age Jim was a youth cadet .

Jim was drafted into the Royal NZ Navy, But because the war was at an end and people were being demobilized. He received another letter advising him he was no longer needed and his draft notice was cancelled.

Work and Vocation Jim went to work on initially orchards and farm in Te Puke and Nelson. Aged Twenty-one , a cow kicked a stool he was milking cows on. (this back troubled him for years) .

So moved to Auckland and boarded with his adopted grandparents James and Emma Spray . 63 Halesowen Avenue, Mount Eden, Auckland,

• Working for nine years at Whitcombe and Tombs Queen Street Auckland, • Before going into the grocery business for sixteen years .

1. The decision to first buy a IGA shop in Mt Albert , 2. Then relocate to Beach Haven, with the Harbour Bridge Opening Establishing Richardson’s Discount Food hall , a 4 Square grocery business in Beach Haven, With the advent of the larger Foodtown and Woolworths grocery chains he sold up

• He then ended his working life selling real estate Specialising in selling sections.

While at Whitcombe & Tombs, as 18 year old Home Economics’ Student teacher came in seek a cardex system for writing recipes .She was very particular wanting the older much thicker budget style heavy duty cardboard type that was uses during the war .

Marlene came in seeking a cardex system and came out with a Jimmy. Jim asked her to a dance and just over a year later they married on 24 August 1957 in Patea , Taranaki (56 years)

,Followed by a honeymoon , in The Hawkes Bay and Gisborne.

Most people select an AEG , Simpson and Fisher & Pykell units last about 10 years. Marlene had a model lasted one month short of 87 years.

Children  : Their twins Craig and Philip were born 28 October 1958 They gave up having children after having THE TWINS FOR SOME REASON

3- Tormenting THE NEIGHBOURS . Having to desperately stuff old socks and any suitable muffling device to maintain our sanity • Sailing , Throughout his adult life sailing and fishing was possibly Jim’s primary outdoor pursuit. Owning a verity of boats and dinghies , including 20 Foot Tailer sailer , 26 foot Keelers ,Orpheus & 6 Meter Merlin . Which he and the boys and late years his grandchildren actively enjoyed together .

Always their to help

• The twin knew his active help and support in all there Scouting, Rugby a d out door sports • Helping his sons, dig drains , paint houses, house and cabin construction Which included a two story summersault with half pike twist, while attempting to put in a window, at Craig’s Unworth Heights home

Church Life His parents introduced Jim to Sunday School, in the Kaihere Community Hall. Then in the early 1970’s became an active member and vestry leader in the Northcote Anglican Church. Then progressively transitioned to Queen Street AOG, in the early 1980’s. Which has since become Victory Christian Church.

Retiring from work in the 1985 saw a new phase of Jim’s life. And the introduction of his five grand Children

Always keenly monitored their, day to day, week by week, and year by year growth and relationships, graduations and weddings.

Jim’s heath was very robust for most of his Life . He had a Mitral Valve replacement in 2001. This gave him an addional 12 years to see the Marriages of Grand daughter Gemma and Hannah and the Birth of his first Great Grand Child Cade.

His mind and whit was super sharp until his dying breath , His Body to would not give up. The family had a chance to say Good Bye Multiple times , then like the Every ready Bunny , He would keep on going.

Heaven : Dad Would have you know he’s Heaven Now !

His mortal Body may have given out. He knows that at each funeral each of us thinking heavily on our own mortality and what eternity has for each of us. Just Like JIM , He’d have each of you as the Lord of his Life And be with him Heaven

You will recognise him in heaven.

He will not have a hearing aid , False Teeth , glasses He’ll even have the tip of his thumb that got sliced off, in a bacon slicer years ago. He will not have dodgy Mitral Heart Valve

His Prayer : Is that just like him, You will have Eternity in Heaven with Jesus.

posted 1 Aug 2013 by Phil Richardson   [thank Phil]
Login to add a memory.
Is Charles your relative? Please don't go away! 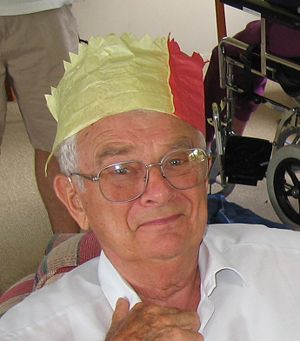 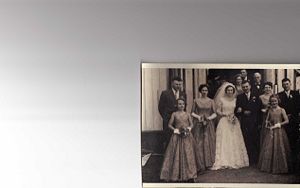 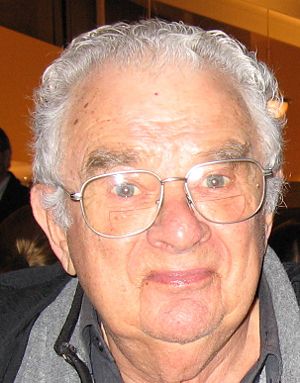 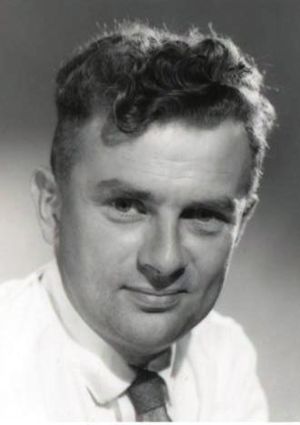 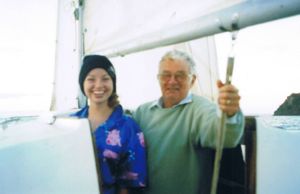