Founder of the family Brick and Cement Firm A & WT Richardson Ltd, which lasted over 100 years. This business was founded by the late Charles Richardson in 1850 with wharves and offices at Vauxhall and Paddington, these premises being the London points of distribution for the stock bricks and red facing bricks manufactured at Teynham in Kent and Wood Lane, Shepherd's Bush. Portland cement and Roman cement manufactured at Conyers Quay near Sittingbourne were also handled here. Charles Richardson of Vauxhall, London, His brickfield was at Teynham, Kent and his cement works at nearby Conyer. He owned wharves at Vauxhall and Conyer, using his own barges to transport his goods. His bricks were stamped CR. In the early 1880's he joined forces with John Francis Eastwood and four others to form Eastwoods Co. Ltd. supplying bricks to London, Kent and Essex by barge.

Some of his barges were: Frederick and Mary Ann, 1852; Sophia, 1856; Frank, 1870; Mabel, 1873; Swift, 1874. Swallow, 1877 and Osprey, 1881, Ruby of 1873, the William & Eleanor, Eliza, Charles ,William,Jeffie ,Phoebe and Lydia. Brick WharvesConyer dock, or Richardson's dock, was bought by Eastwoods in 1919 when they bought out the cement mills at Conyer.The Cements works were demolished during the 2ND world war TO PROVIDE brick Rubble for runways and airfields.

An ever expanding Eastwoods went on to own many brickworks in Eastern and South-Eastern Counties of England including making Fletton bricks at Peterborough. October 18, 1840 Age 23 Marriage of CHARLES to Selina Ellis Lambeth, Greater London, UK. March, 1842 Age 25 Birth of daughter Selina Richardson Paddington, Greater London, UK. 1847 Age 29 Birth of 1st son Alexander R RICHARDSON Paddington, Greater London, UK 1849 Age 31 Birth of 2nd son Walter T Richardson Paddington, Greater London, UK 1851 Age 33 Birth of 3rd son Frederick Charles Richardson March, 1855 Age 38 Birth of 4th son George Canning Richardson Hammersmith, Greater London, UK. Until about 1853 Charles and his wife, Selina, lived at 2 South Wharf (later at 6 South Wharf), Paddington. By 1854 they were living at Warwick House, Uxbridge Road, Shepherds' Bush, London. Latterly, they mostly lived apart as he moved to Castle Cary, St Marychurch, near Torquay, Devon. On his death the founder of the Company was succeeded by his two sons, Mr Alexander R and Mr Walter T Richardson and a partnership formed, to be known by the title of Alfred Jefferies Richardson until, following the decease of Mr Alec Richardson, the firm was formed into a private limited company in 1923, having as its first board of Directors, Mrs A E Watson, Mr Alfred Jefferies Richardson, Mr H W Worsfold and Mr R E Moores, under the Joint Managing Directorship of Admiral CATHCART R Wason CMG CIE Walter Thomas’s Widows new husband ,and Colonel Charles Richardson. Three members of the family Mrs N M Monsell and Mrs A Sich, granddaughters of the founder, and Mr John W Sich great grandson, then served the board under the Managing Director Colonel C Richardson, grandson of the founder. Mr Charles Richardson commenced business immediately after the repeal of the tax on bricks which lasted from 1784-1850 and following the demand created for the then "new" Portland Cement first discovered in 1824 by William Aspdin a bricklayer of Leeds. The White City at Shepherds Bush now occupies the old site of the Wood Lane Brickworks, from which more than a million stock bricks were supplied for the foundations of the Albert Memorial. In more recent years the Company also supplied the bricks used in the foundation of Eros, when that graceful statue by Gilbert was finally replaced in Piccadilly Circus. Early in the present century bricks and portland cement were also supplied for Surrey's famous home of cricket, the Oval at Kennington, whilst much of the early production of cement from the Conyer Works was exported to New Zealand, where the high quality of the product won for us the Silver Medal at New Zealand International Exhibition in 1882. The Company ceased production of cement at Conyer in 1906 and of bricks at Teynham in 1919, but in 1945 with the acquisition of the Auclaye Brickfields Limited, are again producing multi coloured stock bricks, the bulk of which have been supplied to help meet the needs of London's post war housing problems, many millions being used by the London County Council and the Ministry of Works. Premises at LMS Railway Goods Depot, Wandsworth Road, London SW8 Charles Richardson died 30th January 1890, at his home Cary Castle ,Church Street, St Mary Church Torquay . He was buried 11:30 am Tuesday 4th February 1890, at Torquay Cemetery Hele Road ,,Section G 4 , Row 9 reference 4743


Memories: 5
Enter a personal reminiscence or story.
Phil Richardson
Charles Richardson founded two business , 1. The Conyer Cement Works, which was located on the Conyer quay 2. The Teynham Field Brickwork The main office and HQ was at Ninefields and the Brunswick Whalf at Vauxhall , this was the receiving end for most of the barges , were there was a railway and logical location for distribution . Charles , Rowley and Walter Thomas Richardson combined their interests , forming an alliance with EASTWOODS. His bricks bore the initial C.R. He owned wharves at Vauxhall, Paddington and Conyer. Some of his barges were: Frederick and Mary Ann, 1852; Sophia, 1856; Frank, 1870; Mabel, 1873; Swift, 1874. Swallow, 1877 and Osprey, 1881, Ruby of 1873, the William & Eleanor, Eliza, Charles ,Jeffie ,Phoebe and Lydia.

His elevated headstone is clearly marked in Row 9. And easy to find in this row starting with the names Bond , Pugh, Valentine , Todd , Burgess etc . Charles grave is adjacent to Hodge, and the unmarked grave of Smith. He was buried 11.30 am 4th February 1890

posted 27 Sep 2013 by Phil Richardson   [thank Phil]
Login to add a memory.
Is Charles your ancestor? Please don't go away! 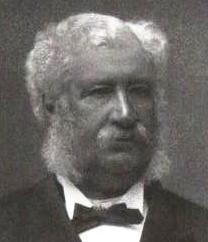 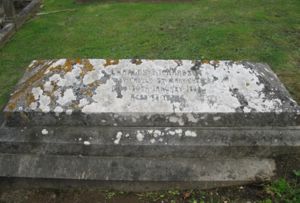 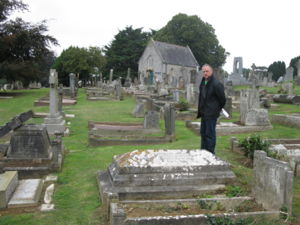 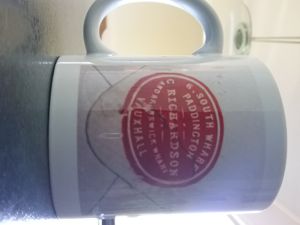