Died 19 June 1864 Reading, Berkshire, England Interred in a public vault beneath All Souls Kensal Green Cemetery Anglican Chapel. The reference is 11493 Catacomb B Vault 108. The Catacombs are not open and you would need to make an appointment to view.

Transcript from the Probate Record 4TH July 1864 Richardson Christopher Rowland Esq. ( Effects under 1000 pounds ) Formerly of 56 St Johns Wood Tce. , St Johns Wood ; but late of 17 Abingdon- Villas Kensington. , both in the county of Middlesex , Esquire . Deceased. Who died 19th June 1864 at Reading in the County of Berks. , Was proved at the Principle Registry by oath of Martha Ann Richardson, of 17 Abingdon Villas a foresaid Widow of the Relict the Executrix .

Who married Martha Anne Humphreys, in Powys ,Montgomery, Wales, in 1812

1. Daughter Catherine Marion Richardson ( Married Francis Hart Viceimus Guinness Tirhoot ,Patna Bihar India ) 16th Nov 1844 2. Son : Lt Clephane Louis Richardson ( Married Jessica Nee Ditmas; Eldest daughter of Col Ditmas HM Madras Artillery)Died in Camp May 4th At Jingeratchia Jessore of Cholera Aged 29 HM 58 Regt. Bengal North India . Jessica Died 3 days after her husband also with Cholera aged 21 . 3. Son : Christopher Rowland Richardson 4. Daughter Henrietta Nelson Richardson Married Lt Henry Postlethwaite 5. Louise James Rowland Richardson 6. Daughter Frances Adele St Goise Richardson The 76th Regiment of Foot was raised for service in India by the East India Company in 1787, due to fears that war with France was imminent. The threat however, soon dissipated, and the Company subsequently refused to support or embark the regiment, Because of this, Parliament passed the East India Declaratory Act, which required that troops that were deemed necessary for the security of overseas territories be funded and supported by those territories. The regiment would remain in India until 1806. The regiment took part in a number of battles of the Mahratta Wars, including the Battle of Ally Ghur, when British forces besieged it. At the time it was one of the strongest forts in all of India, and was commanded by General Perron, a Frenchman. The 76th fought stoutly during that battle, against astonishing resistance by the enemy forces, receiving a number of dead and wounded, in no large part due to the fierce hand-to-hand fighting that took place during the action. The regiment also took part in the capture of Delhi and Agra, as well as the Battle of Leswaree, where they performed with great courage in one of the bloodiest of battles. For their distinguished service in these actions, King George III gave his authorisation to the 76th, allowing them to have the word "Hindoostan" emblazoned upon on the colours, along with an "elephant" badge, with a howdah atop the elephant, also inscribed with the word "Hindoostan". They were also given an honorary colour, making the regiment the only one to carry four colours on parade. The names inscribed upon the colour were "Ally Ghur", "Delhi", "Agra" and "Leswaree".

posted 28 Jun 2009 by Phil Richardson
Login to add a memory.
Is Christopher your ancestor? Please don't go away! 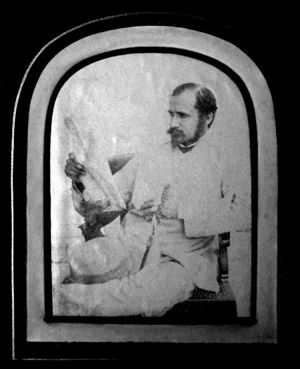 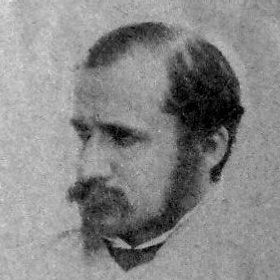