Anderson Hoyt Richey was born in Abbeville, South Carolina and later lived with his wife Rosa and their two children, Anderson and Margarette in Chicago.

Based on the 1920 Census taken January 5, 1920, he was a 48 year old widower who lived at 86 Richey St. in Abbeville, South Carolina, a couple of doors down from his brother Norman and his wife, Emma. He was laborer at an oil mill.

By 1930, Anderson H. Richey had returned to Chicago and had remarried. His wife was Hattie E. according to the 4/11/30 census. By this time, his daughter Margarette Rosa was married and living in Houston; however, Anderson Christopher remains listed as a member of the household. Anderson Hoyt lived in Chicago for 30 years and developed a late career (last 7 yrs. of his life) in real estate. At the time of his death, the family home was at 5006 S. Michigan Ave.


Memories: 1
Enter a personal reminiscence or story.
Bobby Bailey
We know very little about Anderson Hoyt Richey except for the following. We located a slaveowner named J.A. Richey and in fact a street named Richey in Abbeville, South Carolina. However, we have not yet been able to assign this information to Anderson Hoyt Richey. We are more able to believe that the family story of a man waiting for his bride at the train station and being shocked only to find that he was meeting his mother-in-law instead to now have much more validity. Anderson Hoyt Richey was waiting for Rosa Lee coming from South Carolina to her new husband and home in Chicago.
posted 27 Nov 2009 by Bobby Bailey
Login to add a memory.
Is Anderson your ancestor? Please don't go away!

ask our community of genealogists a question.
Sponsored Search by Ancestry.com
DNA Connections
It may be possible to confirm family relationships with Anderson by comparing test results with other carriers of his Y-chromosome or his mother's mitochondrial DNA. However, there are no known yDNA or mtDNA test-takers in his direct paternal or maternal line. It is likely that these autosomal DNA test-takers will share some percentage of DNA with Anderson: 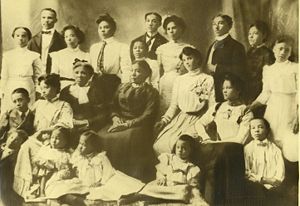 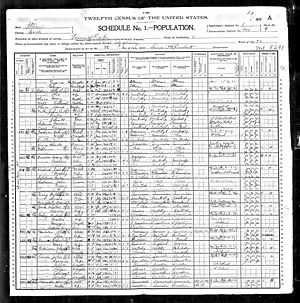 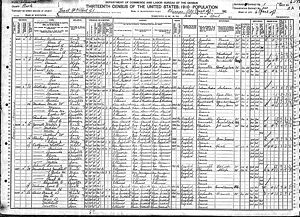 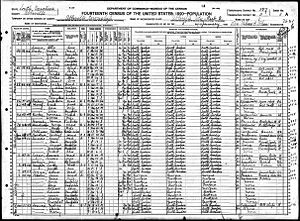 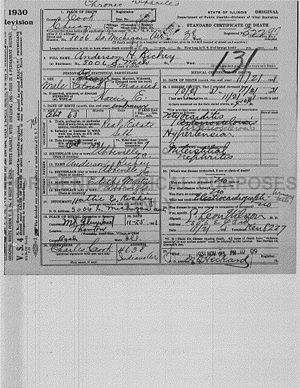 Morgan Mulligan
It shows on the 1920 Census attached to this Profile that Anderson was a blacksmith. I found a death notice for a blacksmith of the same name, living in the same place (Abbeville) 2 years later, in 1922. Could it be that he died in 1922 instead of 1931? https://www.newspapers.com/clip/72273236/ Or perhaps the 1920 Census is for a different Anderson Richey, which is more likely the case.
posted Feb 28, 2021 by Morgan Mulligan
edited Feb 28, 2021 by Morgan Mulligan

Bobby Bailey
Thank you so much for sharing your finding and we greatly appreciate it. We believe the death notice you found is likely to be for Anderson Richey, father of Anderson Hoyt Richey. Both the death certificate and obituary in his profile reference 1931 as the year of Anderson Hoyt Richey's death. Again, thank you so very much for the new information for the father!
posted Feb 28, 2021 by Bobby Bailey