Anderson Christopher Richey was born in Greenville, South Carolina. He lived in Chicago with his family and worked at the YMCA in his early twenties. Associated with that, in 1917 and 1919 he traveled to South Africa, East Africa, India, France and Great Britain.[1]

It is unclear as to where (Greenville, S.C. or Chicago, IL.) and when (5/5/1892 or 5/5/1895) Anderson C. Richey was born based on inconsistent information between census records and draft registration card.

All text is supported by the various documents attached and first and second hand knowledge of the family history.


Memories: 1
Enter a personal reminiscence or story.
Bobby Bailey
We thank Gran Margarette for saving Chris' record. Of the two children born to Anderson Hoyt and Rosa Richey, he was Gran Margarette’s younger brother. To be sure, Chris was not a homebody and was certainly not content to have a life of the mundane. He was as best we can make out: intelligent, well educated, inquisitive, and with wonderlust-- not afraid to break new ground. This profile page to some degree will capture traces of Chris' spirit and rather fascinating life. Remarkably, the oldest letters we have to date, are from Chris to his sister Margarette. On December 1, 1916, Chris now at Fisk University and captain of the football team, writes of great pain and misery. He was severely injured when tackling the opposing team’s runner. His jaw was broken in at least two places, both on the lower right and back left. I could only imagine the intensity of his suffering and to make matters worse, due to circumstance, he was not treated from a Friday until the following Monday. Chris survived the liquid diet and the wiring of his jaw and from what we know made a full recovery, and in this letter humorously wrote to his sister that while his face was unrecognizable shortly after the injury, he would be fine and he would not lose his looks since he “wasn’t good looking to begin with”.

In Blount Family history the date December 1 was an ominous one. Some 17 years later one of the “kiddies” (his sister’s children) that Chris so often affectionately referred to in his writing, Marjorie now a young adult, had suddenly and unexpectedly fallen ill at Wiley College. She died either on an emergency trip back to Houston or the city itself. There is some speculation and bitterness that if she had received immediate care, she may have survived.

Later in another correspondence, this the only one remaining of at least 10 sent from the subcontinent, June 2, 1918, he is writing to his sister on her birthday. Now, the world in upheaval with the advent World War I; would pose great change for everyone . Chris is stationed in India and is working for the YMCA in some sort of war effort. He mentions the intense almost unfathomable heat in Calcutta. He goes on to say that he wishes his sis would write more. He asks how she is surviving the war.

Most significantly, he is just now able to grasp or appreciate – “The Athens Affair”. Specifically the boat Chris was sailing on was named "The City of Athens". During research we discovered the attached article from the "New York Times" of August 13, 1917 which brings into greater clarity and detail this disaster at sea which took the lives of 19 people including five American citizens. To our great fortune, Chris was one of the survivors.

posted 25 Dec 2012 by Bobby Bailey   [thank Bobby]
Login to add a memory.
Is Anderson your ancestor? Please don't go away!

ask our community of genealogists a question.
Sponsored Search by Ancestry.com
DNA Connections
It may be possible to confirm family relationships with Anderson by comparing test results with other carriers of his ancestors' Y-chromosome or mitochondrial DNA. However, there are no known yDNA or mtDNA test-takers in his direct paternal or maternal line. It is likely that these autosomal DNA test-takers will share some percentage of DNA with Anderson: 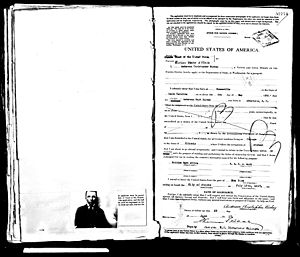 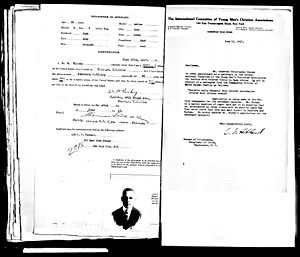 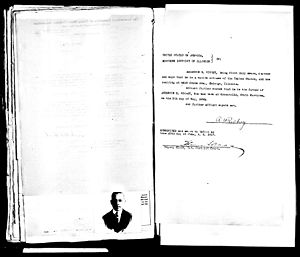 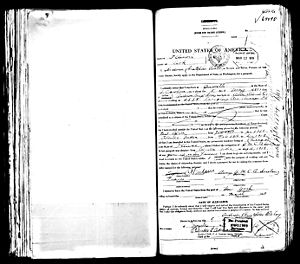 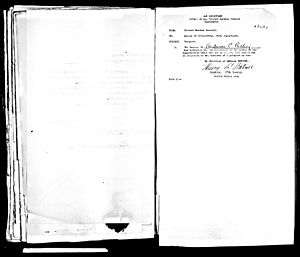