After seeing a promotional poster for the 1924 film Der Berg des Schicksals ("The Mountain of Destiny"), Riefenstahl was inspired to move into acting. Between 1925 and 1929, she starred in five successful motion pictures. Riefenstahl became one of the few women in Germany to direct a film during the Weimar Period when, in 1932, she decided to try directing with her own film called Das Blaue Licht ("The Blue Light").

In the 1930s, she directed the Nazi propaganda films Triumph des Willens ("Triumph of the Will") and Olympia, resulting in worldwide attention and acclaim. The movies are widely considered two of the most effective, and technically innovative, Nazi propaganda films ever made. Her involvement in Triumph des Willens, however, significantly damaged her career and reputation after the war. The exact nature of her relationship with Nazi Party leader Adolf Hitler remains a matter of debate.

Riefenstahl died of cancer on 8 September 2003 at the age of 101 and was buried at Munich Waldfriedhof" (wikipedia excerpt).

Leni's film persona was that of a graceful yet experimental dancer and a risk-taking actress, who quickly graduated to collaborator and berg filmmaker. I highly recommend her major six to eight berg films if you would like the poetic, naturalistic, beautifully scenic film genre.

Please read the wikipedia article, but especially watch one of the comprehensive YouTube documentaries on her intriguing life and career.

Please add whatever sourced information you have for Ms. Riefenstahl's family and ancestry.

ask our community of genealogists a question.
Sponsored Search by Ancestry.com
DNA
No known carriers of Leni's ancestors' DNA have taken a DNA test. 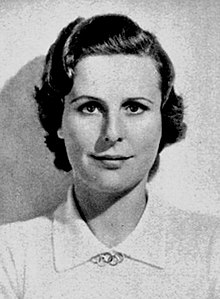 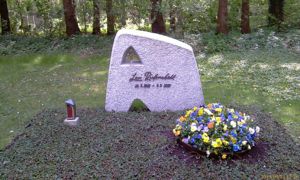