Rimbaud was a libertine and a tremendous influence on modernist literature; his entire oeuvre was completed by age 21, as he quit writing poetry at age 21.

A runaway as a youth, he sent some of his poems to Symbolist poet Paul Verlaine, who sent him a one-way ticket to Paris in return. Verlaine abandoned his pregnant wife for Rimbaud, and the two began a torrid affair marked by hashish and absinthe use. Verlaine and Rimbaud left for London before Verlaine left him and returned to Paris. They met again in Brussels, where on July 10, 1873 their turbulent relationship came to a head when Verlaine shot his lover in a drunken rage. Fortunately, Rimbaud was not mortally wounded. Verlaine was sentenced to two years in prison.

After recovering from his wounds and writing his final poems, Rimbaud enlisted in the Dutch Colonial Army to get free passage to Indonesia, where he promptly went AWOL. He managed to board a ship that took him back to France. In 1878 he worked in a stone quarry in Cyprus, and two years later, he became a gunrunner in Yemen. He moved to Abyssinia began a close friendship with Ras Makonnen Wolde Mikael (father of the future emperor of Ethiopia, Haile Selassie).

I only find within my bones, A taste for eating earth and stones.
When I feed, I feed on air, Rocks and coals and iron ore.
My hunger, turn. Hunger, feed: A field of bran.
Gather as you can the bright, Poison weed.
Eat the rocks a beggar breaks,
The stones of ancient churches' walls,
Pebbles, children of the flood, Loaves left lying in the mud.

Beneath the bush a wolf will howl, Spitting bright feathers
From his feast of fowl: Like him, I devour myself.
Waiting to be gathered, Fruits and grasses spend their hours;
The spider spinning in the hedge, Eats only flowers.
Let me sleep! Let me boil, On the altars of Solomon;
Let me soak the rusty soil, And flow into Kedron.
--Arthur Rimbaud 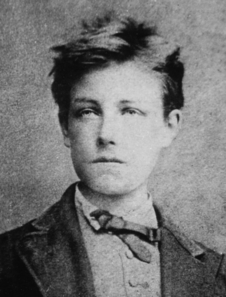 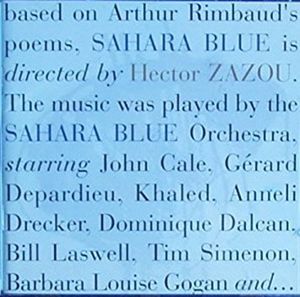 Coin de table (By the Table) 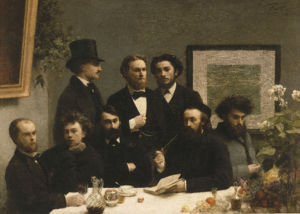 Chris Luck
I grew up with this song - surprised to now learn it is based on Arthur Rimbaud's life. It is a Canadian rock staple and has a cult following on YouTube with over 1 million views. For your consideration for inclusion in your profile. https://www.youtube.com/watch?v=_wyWfklvNHc
posted Feb 10, 2022 by Chris Luck