Husband of Rhetta E (Edwards) Roche — married about 1874 in Indiana

Mathias and Susannah had two children then Mathias Roach left to fight in the Civil War – he became ill (possibly TB) and took medical leave. He soon rejoined the military, changing his name spelling to Roche. It is uncertain if this was the beginning of the spelling confusion or if he used Roche, prior to 1860s. After the war, he and Susannah are living in Indiana, had several more children, [4]then devorced. He married Rhetta Edwards in 1874. Susannah and the the children are single on the 1880 census.

On the 1880 census, Mathias and Rhetta are in Hannibal with the 4 year old twins. [5] Mathias Croe died in Hannibal, Marion Co., Missouri, on 3 DEC 1884. At the time of his death in 1884 his occupation was listed as Physician. In the Hannibal City Directory for 1879-80 he is listed under Physicians p.158 location Market St. On p.119 his residents is Market near Long (so his office was possibly at his home)

Mathias Roach originally served as a Private in the Indiana Infantry Comp D, leaving service due to poor health. Then reenlisted as Roche, and served as a Physician, with the Kentucky 7th Reg’t Union Infantry Comp G. His rank at enlisting was Sergeant and his final Rank was 2nd Lieut. Also found record from the 3rd Reg't Kentucky Infantry, which may have become the 7th Reg.

On the marriage record for son, Drury L. and Louisa Goen, Drury lists his mother as Sarah Ayres. Had not encountered her before - did Mathias give Drury L. to her. at a young age, or possibly when he enlisted in the service? Was he ever married to Sarah Ayres? Who was Sarah?

Is Mathias Croe your ancestor? Please don't go away!

ask our community of genealogists a question.
Sponsored Search by Ancestry.com
DNA Connections
It may be possible to confirm family relationships with Mathias Croe by comparing test results with other carriers of his Y-chromosome or his mother's mitochondrial DNA. However, there are no known yDNA or mtDNA test-takers in his direct paternal or maternal line. It is likely that these autosomal DNA test-takers will share DNA with Mathias Croe: 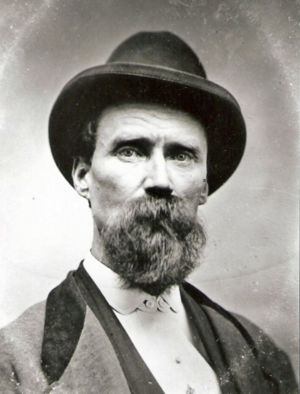 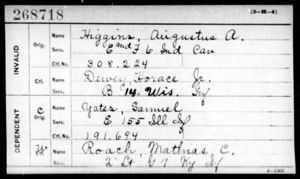