This profile is part of the Robbins Name Study.

A philanthropist who built and lost one of the country's largest pharmaceutical companies.[1]

E. Claiborne Robins died July 6, 1995,[4][5][2] two days before his 85th birthday. He died at home in Richmond of Cancer of the pancreas.[5] He is buried in the family mausoleum at Hollywood Cemetery in Richmond.[6]

After his fathers death, his mother managed to keep the family business running until her son Claiborne graduated from college.[1] He attended McGuire’s University School for his early education.[4] Claiborne worked in the public library for 25 cents an hour and commuted to classes at the University of Richmond.[5] He was on the honor roll and received a Bachelor of Arts Degree, [7] in English, in 1931.[4]

As a member of the freshman class in Pharmacy at the Medical College of Virginia, in 1932, E.C. Robins was in the Kappa Psi fraternity and was the Athletic Representative for his class.[8] He received a scholarship and graduated in 1933.[5]

Albert Hartley Robins (1842-1935), grandfather of E. Claiborne Robins, started and ran the A. H. Robins Apothecary in 1866. It was located at 523 North Second Street in Richmond, Virginia, and later moved to 200 East Marshall Steet. The apothecary closed in 1929, due to the failing health of it's founder.[1]

Albert's son Claiborne (1842-1912), started a related business A. H. Robins Company. It sold only to doctors, dentists, hospitals and pharmacies. When Claiborne died in 1912, his wife Martha (Taylor) Robins, ran the business until their son, E. Claiborne Robins, became president of the company in 1936.[1]

Following his graduation E. Claiborne Robins, joined the business. At the time it had three employees including Martha.[1]

"During his administration, Robins was able to hire salesmen, develop new drugs and production facilities, acquire subsidiary companies, and expand into international markets." Some of the highlights:[1]

The great success of the A. H. Robins company allowed E. Claiborne Robins and his wife Lora Robins to be extremely generous. "Mr. Robins said he gave about half of his income to charity each year." Besides large donations to the University of Richmond and the Virginia Commonwealth University, he also made gifts to the Virginia Museum of Fine Arts, the Richmond Public Library, the Medical College of Virginia and Virginia Union University.[5]

Today the Robins Foundation continues to support the Community of Richmond, Virginia, especially promoting projects for children and families.[9]

Is Claiborne your ancestor? Please don't go away!

ask our community of genealogists a question.
Sponsored Search by Ancestry.com
DNA
No known carriers of Claiborne's ancestors' DNA have taken a DNA test. 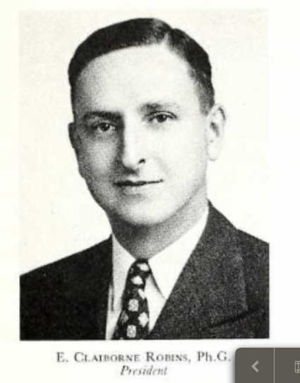 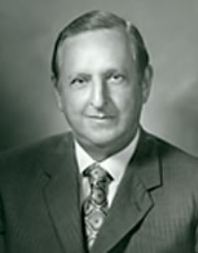 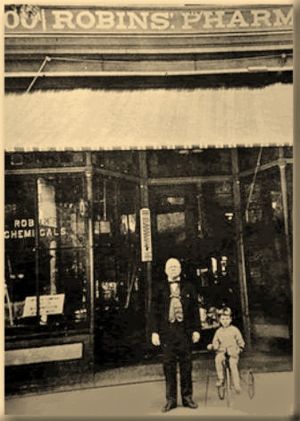