William was born in 1810. He is the son of Godfrey Rockefeller and Lucy Avery.

1865: Margaret Allen married William Levingston (a pseudonym of William A. Rockefeller, Sr. who was still married to his first wife, Eliza Davison) in 1856 in Norwich, Ontario, Canada. They had no children together. [1]

He died on May 11, 1906, in Freeport, Illinois and was buried there in Oakland Cemetery. John D. Rockefeller never publicly acknowledged the truth about his father's life as a bigamist, and William's grave marker was paid for out of his second wife's estate. [1]

Wikipedia: "William Avery "Bill" Rockefeller Sr. was an American con man who went by the alias of Dr. William Levingston. he worked as a lumberman and then a traveling salesman who identified himself as a "botanic physician" and sold elixirs. Two of his sons were Standard Oil co-founders John Davison & William Avery Jr."

Thank you to Kevin Mullen for creating Rockefeller-128 on 3 Nov 13. Click the Changes tab for the details on contributions by Kevin and others. 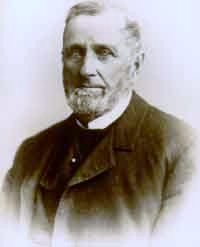 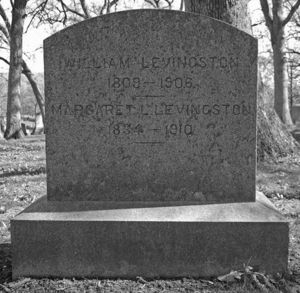