It is a common belief that Marozia was the mistress of Pope Sergius III (c.860 - 14 Apr 911). The Liber Pontificalis and the works of Liutprand of Cremora state that Marozia had a child by Sergius, a son who would eventually become Pope John XI.[1][2][3] However, the annalist Flodoard (c. 894–966), a contemporary of Liutprand, wrote that John XI was the brother of Alberic II (Alberic II being the son of Alberic I) and Horace Mann and other 19th and 20th century authors (including Poole, Gfrörer, Kenrick and others) agree that Alberic I, was John XI's father.[1][4]

Is Marozia your ancestor? Please don't go away!

ask our community of genealogists a question.
Sponsored Search by Ancestry.com
DNA
No known carriers of Marozia's DNA have taken a DNA test. 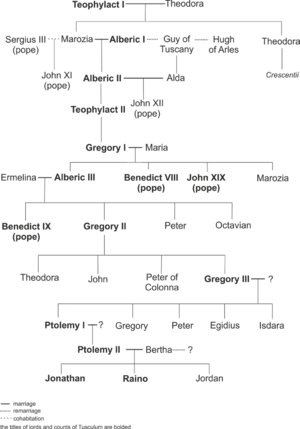 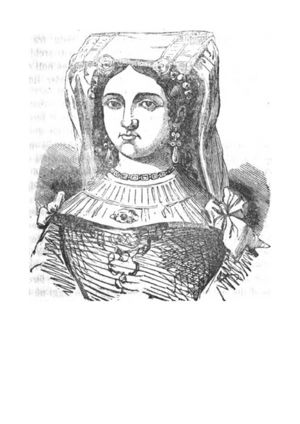 Traci Thiessen
I know nothing of about medieval naming conventions, so I have to ask ... where did the LNAB "Roma" come from? Shouldn't it be Tusculum ... or di Tusculum... or di Tuscolo?
posted Oct 25, 2018 by Traci Thiessen

Marozia is 32 degrees from Cecil B. DeMille, 38 degrees from Rosalie Neve and 19 degrees from Henry VIII of England on our single family tree. Login to find your connection.