Alexander Romanov was a member of the aristocracy in Europe.

Alexander was the most successful Russian reformer since Peter the Great. His most important achievement was the emancipation of serfs in 1861, for which he became known as Alexander the Liberator (Russian: Алекса́ндр Освободи́тель, tr. Aleksandr Osvoboditel; IPA: [ɐlʲɪˈksandr ɐsvəbɐˈdʲitʲɪlʲ]). The tsar was responsible for numerous other reforms including reorganizing the judicial system, setting up elected local judges, abolishing capital punishment, promoting local self-government through the zemstvo system, imposing universal military service, ending some of the privileges of the nobility, and promoting the universities. Despite these reforms, during his reign, his brutal secret police, known as the Third Section, sent thousands of dissidents into exile in Siberia.

In foreign policy, Alexander sold Alaska to the United States in 1867, fearing the remote colony would fall into British hands if there was another war. He sought peace, moved away from bellicose France when Napoleon III fell in 1871, and in 1872 joined with Germany and Austria in the League of the Three Emperors that stabilized the European situation. Despite his otherwise pacifistic foreign policy, he fought a brief war with Turkey in 1877–78, pursued further expansion into Siberia and the Caucasus, and conquered Turkestan. Although disappointed by the results of the Congress of Berlin in 1878, Alexander abided by that agreement. Among his greatest domestic challenges was an uprising in Poland in 1863, to which he responded by stripping that land of its separate Constitution and incorporating it directly into Russia. Alexander was proposing additional parliamentary reforms to counter the rise of nascent revolutionary and anarchistic movements when he was assassinated in 1881.[1]

WikiTree profile Romanov-23 created through the import of O'Bryan Family tree.ged on Sep 6, 2011 by Tim Tropeck.

ask our community of genealogists a question.
Sponsored Search by Ancestry.com
DNA Connections
It may be possible to confirm family relationships with Alexander by comparing test results with other carriers of his Y-chromosome or his mother's mitochondrial DNA. Y-chromosome DNA test-takers in his direct paternal line on WikiTree: It is likely that these autosomal DNA test-takers will share some percentage of DNA with Alexander:

Images: 3
Alexander II Emperor of all the Russias Image 1 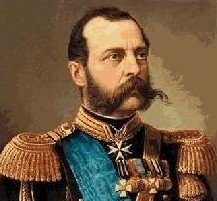 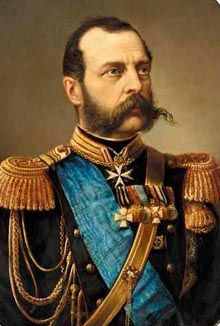 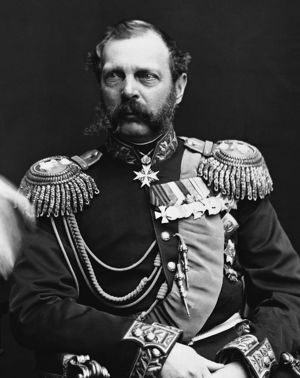 SJ Baty
Hi, can one of the PMs add the Russia Project as co-PM of this profile?

Richard Shelley
Romanov-23 and Romanov-1 appear to represent the same person because: Romanov-1 has no information what so ever - doing a search yielded that the only Alexander Romanov of notable importance had Nicholas for a father
posted Sep 05, 2017 by Richard Shelley

Richard Shelley
Can I ask which Alexander this is supposed to represent? - I did a search and the closest match I can find is Alexander II
posted Aug 28, 2017 by Richard Shelley

Mark Shernick
Romanov-53 and Romanov-23 appear to represent the same person because: Greetings from a Romanov fan who has read your profile of Tsar Alexander II with great interest and would like to propose the merge of your excellent profile with the somewhat less impressive profile that I built for him before discovering all of your work. I think you will find that I have done some homework of my own that will (I hope) add some welcome detail to the tree of his descendants. I was working my way up toward Alexander II through his mistress, Catherine (Ekaterina) Dolgoroukaya, and her children. If you decide to merge, do feel free to select the parts of the bio I wrote that look good to you, and/ or correct the naming to a style that fits and matches your own. Thanks for your help! This will be an interesting little branch to add to the huge Romanov tree. Mark S.
posted Jun 27, 2015 by Mark Shernick