Nicholas II (Russian: Николай II, Николай Александрович Романов, tr. Nikolai II, Nikolai Alexandrovich Romanov [nʲɪkɐˈlaj ftɐˈroj, nʲɪkɐˈlaj əlʲɪkˈsandrəvʲɪtɕ rɐˈmanəf]) (18 May [O.S. 6 May] 1868 – 17 July 1918) was the last Emperor of Russia, Grand Duke of Finland, and titular King of Poland. His official short title was Nicholas II, Emperor and Autocrat of All the Russias. Like other Russian Emperors, he is commonly known by the monarchical title Tsar (though Russia formally ended the Tsardom in 1721). He is known as Saint Nicholas the Passion-Bearer by the Russian Orthodox Church and has been referred to as Saint Nicholas the Martyr.

Nicholas II ruled from 1 November 1894 until his forced abdication on 15 March 1917. His reign saw Imperial Russia go from being one of the foremost great powers of the world to economic and military collapse. Enemies nicknamed him Nicholas the Bloody because of the Khodynka Tragedy, the anti-Semitic programs, Bloody Sunday, his violent suppression of the 1905 Revolution, his execution of political opponents, and his pursuit of military campaigns on an unprecedented scale.

You can read more about Nicholas II and his family here.

Images: 2
Nicholas II Emperor of all the Russias Image 1 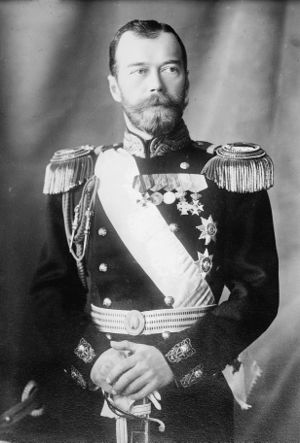 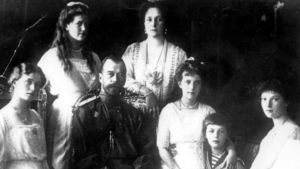 Peter Roberts
Hello Kurt, Under DNA Connections is his Y chromosome test information. It has a link to [test details] which explains, "Y-STR testing using AmpFLSTER Yfiler under the supervision of Evgeny Rogaev (Moscow State University and University of Massachusetts) by the Vavilov Institue of General Genetics (VIGG, Moscow) and the University of Massachusetts (UMASS) Medical School, Worcester, MA, from the exhumed remains of Tsar Nicholas II of Russia. For more information see Rogaev EI, Grigorenko AP, Moliaka YK et al. Genomic identification in the historical case of the Nicholas II royal family. http://www.pnas.org/content/early/2009/02/26/0811190106.abstract
posted May 11, 2021 by Peter Roberts
edited May 11, 2021 by Peter Roberts

Michael Griffiths
My 20th cousin, we are both descendants of Adam (Everingham) de Everingham.

Peter Roberts
Please do not indicate confirmed with DNA unless that confirmation is explained in the biography. No one else in this direct maternal line has their mtDNA or Y-DNA results in WikiTree.
posted Jan 19, 2016 by Peter Roberts

Peter Roberts
I have temporarily adopted this profile. If you are experienced with European royals and aristocrats then I welcome you being the profile manager.
posted Jul 30, 2014 by Peter Roberts