He is best known as the Desert Fox & was a German field marshal of World War II. He earned the respect of both his own troops and his enemies. His leadership of German and Italian forces in the North African campaign established him as one of the most able commanders of the war. Rommel is regarded as having been a humane and professional officer. His view of humanity went beyond Germans to include the captured soldiers of his adversaries. Numerous examples exist of Rommel's chivalry towards Allied POWs, including ensuring they were provided with adequate rations. His troops were never accused of war crimes, and soldiers captured during his Africa campaign were reported to have been treated humanely. Orders to kill Jewish soldiers, civilians and captured commandos were ignored. During Rommel's time in France, Hitler ordered him to deport the country's Jewish population; Rommel disobeyed. Several times he wrote letters protesting against the treatment of the Jews.

Rommel was extraordinarily well known in his lifetime, not only by the German people, but also by his adversaries. His tactical prowess and consistent decency in the treatment of allied prisoners earned him the respect of many opponents, including Claude Auchinleck, Winston Churchill, George S. Patton, and Bernard Montgomery. Rommel reciprocated their respect. While having tea with George Lane, a captured British commando, he expressed regret that Germany and Britain had not been allies during both world wars."

In 1944 Rommel was accused of plotting the assassination of Hitler. Being a national hero, Hitler could not let the public see him kill Rommel. Instead, he forced Rommel to take his own life in exchange for letting his family live. After Rommel died it was reported by the Nazi's that Rommel had died as a result of war wounds. Rommel was given a state funeral. No evidence was ever found linking Rommel to the plot against Hitler.

Sponsored Search by Ancestry.com
DNA
No known carriers of Erwin's DNA have taken a DNA test. 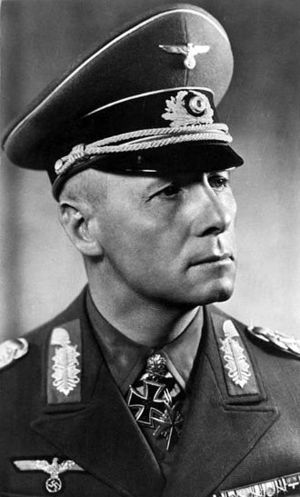 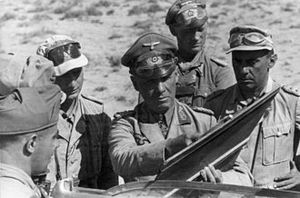 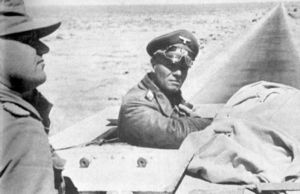 Erwin is 38 degrees from Jaki Erdoes, 40 degrees from Wallis Windsor and 39 degrees from Henry VIII of England on our single family tree. Login to find your connection.