Franklin Delano Roosevelt Jr., infant son of Franklin Delano Roosevelt and Anna Eleanor Roosevelt, was born in March 1909 in Manhattan, New York City, New York.[1] This was the year before his father was elected to the New York Senate. He died at about eight months old[2] and was buried in Saint James Episcopal Churchyard, Hyde Park, Dutchess County, New York, United States of America.[3] 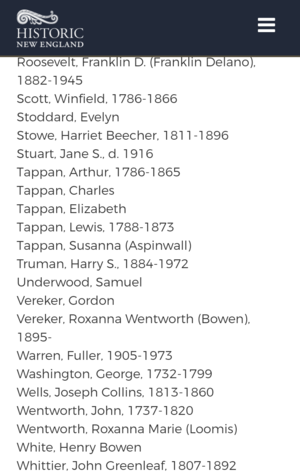 Maggie N.
Roosevelt-15 and Roosevelt-13 do not represent the same person because: We have a bit of a mess with the dates and parents on these FDR profiles. Please do not merge until they are fixed correctly with proper parentage.
posted May 05, 2014 by Maggie N.
M. (Stewart) H.
Roosevelt-15 and Roosevelt-13 appear to represent the same person because: these are duplicate profiles. please merge into lowest number. thanks
posted May 05, 2014 by M. (Stewart) H.