She died on the 17th of February 1933 in New York. She is buried in Robinson Cemetery, Columbia Center, Herkimer County, New York, USA.[3]

Is Corinne your ancestor? Please don't go away!

ask our community of genealogists a question.
Sponsored Search by Ancestry.com
DNA
No known carriers of Corinne's DNA have taken a DNA test. 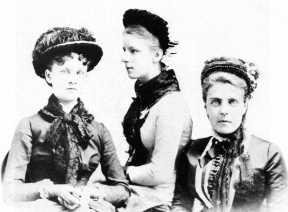