Quentin Roosevelt is on the

Lt. Quentin Roosevelt was Killed in Action during World War I.

Quentin was a fighter pilot in World War I. He was killed in action over France. 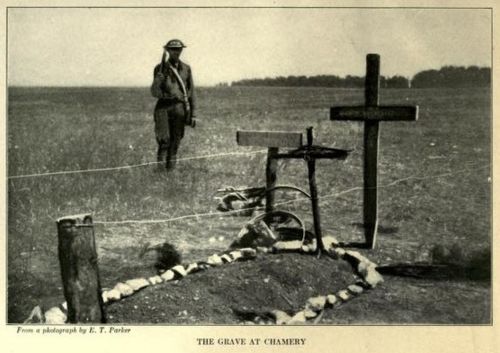 Lone Sentry and Honor Guard at the Original Grave; Chamery

Quentin Roosevelt, youngest son of 26th United States President Theodore Roosevelt. A Lieutenant in the United States Army Air Corps during World War I, he was killed when his Nieuport 28 aircraft was shot down behind German lines on July 14, 1918. German soldiers placed a crude cross over his grave, near the rural French village of Chamery, near Reims. The grave subsequently underwent some revisions and was treated as a pilgrimage site by admiring US and French citizens. [2]

On July 12, 1944, Quentin's oldest brother, Brigadier General Theodore Roosevelt, Jr., died of a heart attack in Normandy following the invasion of France. After the war, the two brothers were buried side by side at the US Military Cemetery, Colville-ser-Mer, Omaha Beach, Normandy, France. The original cross placed on Quentin's grave is now on display at the United States Air Force Museum at Wright-Patterson Air Force Base in Ohio. Quentin's mother, Edith Kermit Roosevelt, later had a stone monument fashioned to cover her son's grave. When Quentin was reinterred at Normandy, the stone from his grave at Chamery was moved to a location of honor on the lawn of the Roosevelt home, Sagamore Hill, Oyster Bay, Long Island, New York. 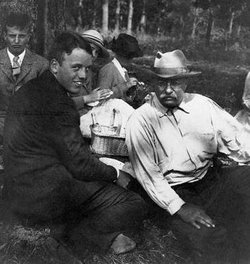 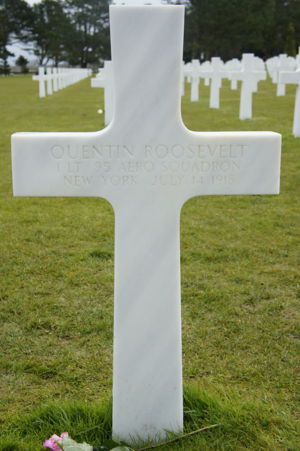