He is the son of Isaac Roosevelt and Cornelia Hoffman. James was an American businessman and politician from New York City. He was a sugar-refiner and banker, and considerably increased his wealth before moving to Poughkeepsie, New York later in life.

Roosevelt married three times and in total, had 13 children, several of whom died young. His first marriage took place on November 15, 1786 Newburgh, New York to Maria Eliza Walton (1769-1810), the daughter of Admiral Gerard Walton (d. 1821) and a descendant of Wilhelmus Beekman, who was the treasurer of the Dutch West India Company, Mayor of New York City, Governor of Delaware from 1653 to 1664, and Governor of Pennsylvania from 1658 to 1663. Their children who survived infancy were: 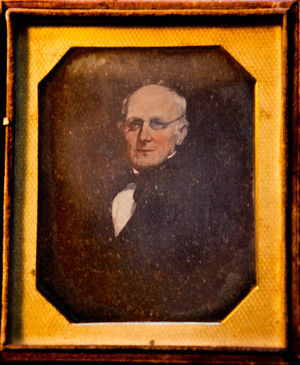