Erasmus was a classical scholar who wrote in a pure Latin style. He was an early proponent of religious toleration, and enjoyed the sobriquet "Prince of the Humanists"; he has been called "the crowning glory of the Christian humanists". Using humanist techniques for working on texts, he prepared important new Latin and Greek editions of the New Testament. These raised questions that would be influential in the Protestant Reformation and Catholic Counter-Reformation. He also wrote The Praise of Folly, Handbook of a Christian Knight, On Civility in Children, Copia: Foundations of the Abundant Style, Julius Exclusus, and many other works.

Erasmus lived against the backdrop of the growing European religious Reformation; but while he was critical of the abuses within the Church and called for reform, he kept his distance from Luther and Melancthon and continued to recognise the authority of the pope. In relation to clerical abuses in the Church, Erasmus remained committed to reforming the Church from within. He also held to Catholic doctrines such as that of free will, which some Reformers rejected in favour of the doctrine of predestination. His middle road approach disappointed and even angered scholars in both camps.

Erasmus died suddenly in Basel in 1536 while preparing to return to Brabant, and was buried in the Basel Minster, the former cathedral of the city.[3]. A bronze statue of him was erected in his city of birth in 1622, replacing an earlier work in stone.

Erasmus was his baptismal name, given after St. Erasmus of Formiae. Desiderius was a self-adopted additional name, which he used from 1496. The Roterodamus in his scholarly name is the Latinized adjectival form for the city of Rotterdam.

Is Desiderius your ancestor? Please don't go away!

ask our community of genealogists a question.
Sponsored Search by Ancestry.com
DNA
No known carriers of Desiderius's ancestors' DNA have taken a DNA test. 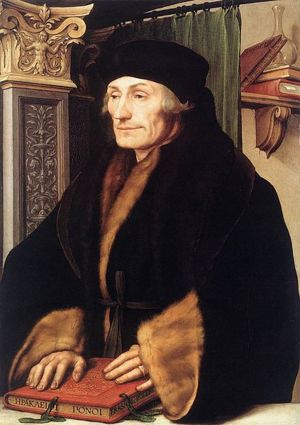 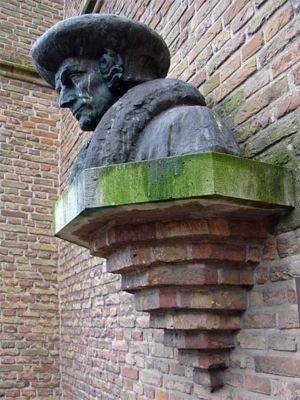 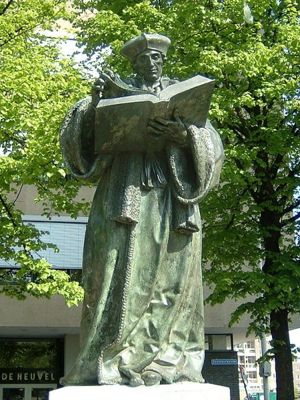 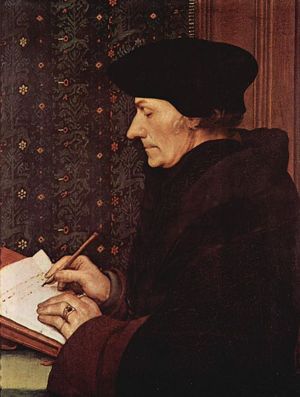 Gaile (Gordon) Connolly
I am a graduate of Ersamus Hall High School in Brooklyn, New York. It is named for Desiderius Erasmus and is the oldest public high school in the United States. At the time I graduated (1959) there were 1,483 in my class and it was the largest high school in the country. The original building (in the center of a large rectangle surrounded by the current school) was designated a national landmark while I was there, but in recent years has fallen into great disrepair. There is also a statue, lovingly referred to by students as Desi.

I can contribute some photos of the school if you want - just ask me.