Part of Johan Ludvig's early education was paid for by his childless uncle, Customs Inspector Anton Ludvig Runeberg. [4] Johan Ludvig moved to Oulu where his uncle lived in 1812 but his stay there was cut short by the death of his uncle in 1814. [5] Foster parents introduced young Johan Ludvig to higher society during his stay. [6]

Johan Ludvig moved to Turku for further education. He made some friends that later rose to prominent positions in Finnish society. His economic situation during his university studies forced him to start tutoring. His employers were professor Anders Johan Lagus in Turku, Erik Gustaf af Enehjelm and Daniel Philip Danielson in Saarijärvi where he also met interesting people such as veterans of the 1808 war between Sweden and Russia. The people he met there were said to have inspired his greatest works. After his return to Turku, he tutored the grandchildren of his father's cousin, Archbishop Jacob Tengström who was also uncle of Fredrika Tengström. Fredrika later became Johan Ludvig's wife. The great fire of Turku that destroyed almost the whole city changed Johan Ludvig's plans, as he had just started a teaching new job. He returned to Archbishop Tengström's house where a big crowd of homeless relatives had also relocated from the destroyed city. [7]

The emperor's decision to move the Imperial Academy of Turku to Helsinki had many academics moving there as well. Johan Ludvig accompanied his future wife and her mother to Helsinki, where he married Fredrika Charlotta Tengström in 1830. [8] [9] [10] [11] Together they had eight children. Two of the children died young. [12] The family moved to Porvoo in 1837. [13]

Johan Ludvig Runeberg is Finland's national poet and his greatest work is the epic poem, The Tales of Ensign Stål. The first chapter of the poem also became the national anthem of Finland.

Johan Ludvig's birthday, February 5th, has been a flag day in Finland since Johan Ludvig's 50th birthday. It is also customary to eat Runeberg cakes during that day.

Johan Ludvig Runeberg passed away in 1877 in Porvoo, Finland. [14] As a very popular man he had a massive crowd paying him respect at the funeral with three railroad cars full of people from Helsinki alone, including the entire Parliament. His crypt is dug into the bedrock, with the money for the grave monument raised in a public money collection.

Is Johan Ludvig your ancestor? Please don't go away!

ask our community of genealogists a question.
Sponsored Search by Ancestry.com
DNA
No known carriers of Johan Ludvig's DNA have taken a DNA test. 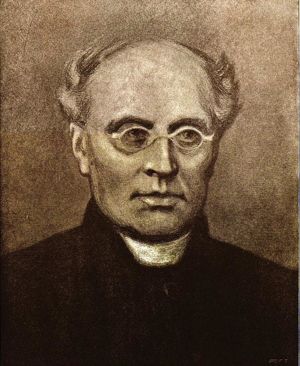 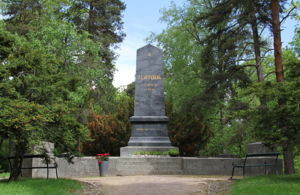 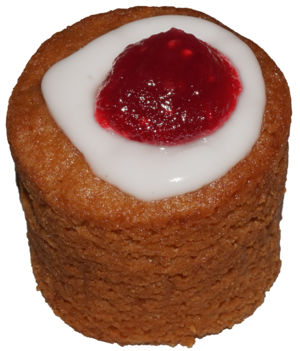 We plan on featuring Johan as the Example Profile of the Week in the Connection finder on Feb 5th. Between now and then is a good time to take a look at the sources and biography to see if there are updates and improvements that need made, especially those that will bring it up to WikiTree Style Guide standards. I will check on the profile closer to the week we'll feature it and make changes as necessary.