John Russell was a member of the aristocracy in British Isles.

John Russell, 4th Duke of Bedford, KG, PC, FRS (30 September 1710 – 5 January 1771) was an 18th-century British statesman. He was the fourth son of Wriothesley Russell, 2nd Duke of Bedford, by his wife, Elizabeth, daughter and heiress of John Howland of Streatham, Surrey. Known as Lord John Russell, he married in October 1731 Diana Spencer, daughter of Charles Spencer, 3rd Earl of Sunderland; became Duke of Bedford on his brother's death a year later; and having lost his first wife in 1735, married in April 1737 Lady Gertrude Leveson-Gower (died 1794), daughter of John Leveson-Gower, 1st Earl Gower.

He died at Woburn on 5 January 1771, and was buried in the 'Bedford Chapel' at St. Michael's Church, Chenies, Buckinghamshire. His sons predeaseased him, and he was succeeded by his grandson, Francis. 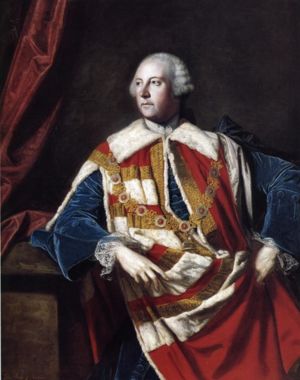 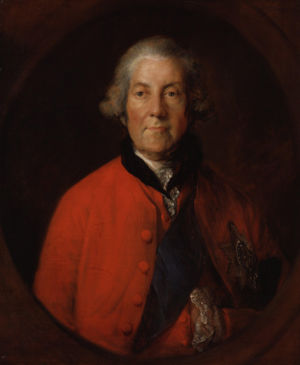 Categories: Secretaries of State for the Southern Department | First Lord of the Admiralty | Devon, Lord-Lieutenants | Bedfordshire, Lord-Lieutenants | Lord Presidents of the Council | Knights Companion of the Garter | Namesakes US Counties | Lords Lieutenant of Ireland | Privy Counsellors of Great Britain | Lord Keeper of the Privy Seal | Fellows of the Royal Society | Notables