Francis Russell was a member of the aristocracy in British Isles.

He was the only surviving son of John, 4th Duke of Bedford, and his wife, Gertrude Leveson Gower, the daughter of John, 1st Earl Gower.[1]

He served in the militia and was a Member of Parliament for Armagh Borough in Ireland from 1759 until 1760, then Bedfordshire in Great Britain's House of Commons between 1 April 1761 and 22 March 1767.[1]

He married on 9 June 1764, Lady Elizabeth, the daughter of William Anne van Keppel, 2nd Earl of Albemarle. They lived at Houghton Park House, near Ampthill, Bedfordshire, which his father gave him.[1] They had 3 sons, one of whom was born posthumously.[1]

Tavistock's skull was fractured when his horse kicked him after he'd been thrown while hunting on 10 March 1767, and he died 12 days later.[1] 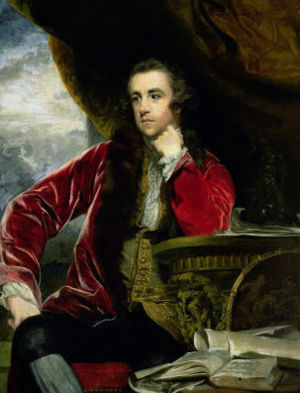 The EE Citation template needs to be removed (it's not approved). I've been copying the citation and replacing it wherever used. Would you like to do it here?