Philip Russell served with Pennsylvania during the American Revolution.

Dr. Philip Moses Russell -- he was always called 'doctor' but it is unlikely he had any full medical training.

Philip was born in July 1745 in Portsmouth, England (his parents - William and Sarah Russell). As a young man he lived in Germantown, Pennsylvania, in 1776. He had sold tooth care products prior to the Revolutionary War.

In the Spring of 1776 Philip enlisted as a Surgeon’s Mate under the Command of General Lee. He served until early 1777 as Surgeon’s Mate and then served as an assistant under Surgeon Dr. Norman in the 2nd Regiment of Virginia. Philip Russell along with thousands of others were about to experience one of the hardest events during the War.

Winter Quarters at Valley Forge in 1777-1778. There was tremendous suffering of all the soldiers in the winter of 1777 to early 1778. After several battles and the loss of the city of Philadelphia, PA they completed a long march and arrived Dec. 19, 1777 in Valley Forge, PA to make their winter camp. Only days later 3,000 of the Continental Army soldiers were sick, most were barefooted and lacked proper warm clothing. The men were naked, starved, sick and discouraged.

From Marquis de Lafayette, he wrote: "The unfortunate soldiers were in want of everything; they had neither coats nor hats, nor shirts, nor shoes. Their feet and their legs froze until they were black, and it was often necessary to amputate them."

There was no assistance from the Continental Congress with money, supplies, food, etc. By the end of December the low temperatures had reached 6 degrees. The low in January 1778 was 12 degrees, in February it was 18 degrees but March had lows of 8 degrees. About 12,000 Continental soldiers suffered from disease, sickness, the cold damp and crowded conditions. Diseases such as typhoid, dysentery, typhus and pneumonia ran rampant. An estimated 2,000 died. All along, no matter what the conditions, Philip Moses Russell tended to the sick. He along with the soldiers remained there until June 1778, as all of the survivors trained and rebuilt their strength. Philip did become ill with 'camp fever' which affected his sight and hearing.

Philip Russell was present at the Battle of Monmouth, June 28, 1778. In 1779, he and a group of 6 other Jewish patriots volunteered as guides to lead the American forces through the woods and swamps in a surprise attempt to recapture British-held Savannah, GA.

Due to his sight and hearing lost, Philip had to resigned from service in August 1780.

He did received a letter of “commendation from General Washington for his assiduous and faithful attention to the sick and wounded” after a hard winter in Valley Forge. NOTE: - the Washington letter was a prized possession in the Russell household however, decades later it was 'lost' in a house fire.

Philip married Esther Mordecai on November 1, 1780 and they had ten children.

Dr. Philip Russell lived in Philadelphia, PA and worked as a pharmacist there. In April 30,1818, he received a military pension for his service.

Philip Moses Russell died Aug. 11, 1830 and was buried in Philadelphia.

ask our community of genealogists a question.
Sponsored Search by Ancestry.com
DNA Connections
It may be possible to confirm family relationships with Philip by comparing test results with other carriers of his Y-chromosome or his mother's mitochondrial DNA. However, there are no known yDNA or mtDNA test-takers in his direct paternal or maternal line. It is likely that these autosomal DNA test-takers will share some percentage of DNA with Philip: 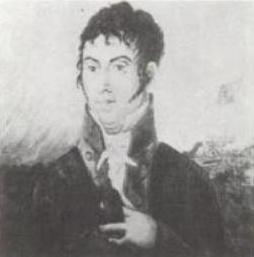