Robert Rutherford is a member of Clan Rutherford.

Robert Rutherford was born on 20 October 1728 at Scotland. He was the son of Thomas Hugh Rutherford and Sarah de Montargis. Robert Rutherford married Mary Daubine on 13 September 1753. Robert Rutherford died on 10 October 1803 at Charles Town, Jefferson County, Virginia, at age 74. He Member of House of Burgesses from Frederick County 1769 - Member of Va Conventions of 1775, 1776. From a marker erected in 1981 by the West Virginia Department of Culture and History "Grave of Robert Rutherford - A member of the committee which in 1775 replied to orders of Lord Dunmore for Virginians to join British army or be held as rebels. This defiance was a gauntlet hurled at Dunmore's feet".

HON. ROBERT RUTHERFORD, a Representative from Virginia; born in Scotland, October 20, 1728; completed preparatory studies and was educated at the Royal College of Edinburgh; immigrated to the United States and settled in Bucks County, PA., and subsequently moved to Virginia; delegate to the conventions in Richmond and Williamsburg, July and December 1775 and May 1776; served in the state senate 1776-1790; elected as an Anti-Administration candidate to the Third Congress and reelected as a Republican to the Fourth Congress (March 4, 1793-March 3, 1797); unsuccessful candidate for reelection in 1796 to the Fifth Congress; settled on his estate “Flowing Spring” near Charles Town, Va. (now West Virginia) and resided there until his death in October 1803; interment on ``Flowing Spring estate near Charles Town.

US Congressman. Born in Scotland, he was educated at Edinburgh's Royal College and settled in what is now Tennessee. He later moved to Winchester, Virginia, where he was a surveyor, owned a store, and became active in numerous business ventures, including ownership of large land tracts. Rutherford became friendly with George Washington when Washington purchased his Bullskin Plantation, near Charles Town, Virginia (now West Virginia) in 1750. He served in the French and Indian War, was the organizer of Rutherford's Rangers, and married Mary D'Aubigne Howe, widow of General George Augustus Howe, who had been killed fighting the French at Ticonderoga.

An ardent patriot, Rutherford was a Delegate to Virginia's three 1775 and 1776 conventions held to consider whether to declare independence from Great Britain, and was one of the Delegates chosen to inform Virginia's Royal Governor that Virginia would not answer the king's call for troops to put down the spreading rebellion. After independence was declared he was elected to the Virginia Senate, serving from 1776 to 1790. In 1792 he was elected to the United States House of Representatives as an Anti-Administration candidate and served two terms, 1793 to 1797. Rutherford was an unsuccessful candidate for reelection in 1796, afterwards returning to the estate near Charles Town which he called "Flowing Spring", which he operated until his death. biography by: Bill McKern

HON. ROBERT RUTHERFORD "It is a work of love and pride resuscitating the patriotic dead. It is a work of justice to them, and may be of advantage to the present age, by reproducing for study and imitation, the words and conduct of the wise, just, modest, and patriotic, intelligent, and disinterested men who carried their country through a momentous revolution, moulded that country into one brotherly Union, and then put the government they had formed into opeiation in the same fraternal spirit of ' unity, mutual deference and concession ' in which they had made it." Such was the subject of this sketch. Robert Rutherford, the son of Hugh Rutherford and Sarah de Montargis, was born in Scotland, October 20, 1728, and educated at the Royal College at Edinburgh.

The Rutherfords of Scotland are noted as far back as 1140, where mention is made of Robertus Dominus de Rutherford. Sir Robert Rutherford was a friend of Robert Bruce in 1398. Sir Walter Scott's mother was a Rutherford, and the name of Rutherford appears in several of his works. In the "Lay of Last Minstrel " are described the " Rutherfords of Hunthill " as an ancient race of Border Lairds, whose names occur in history, sometimes as defending the frontier against the English, sometimes as disturbing the peace of their own country.

Robert Rutherford came to this country when very young, took an active part in establishing American Independence, and also in the politics of the early days of the Republic. He was eccentric, but brilliant and very popular.

On September 13, 1753 (Note: s/b 1763), he married Mary Howe, the widow of Hon. Gecrge Augustus Howe, who was killed at Ticonderoga in the wars with the Indians. He was the brother of Lord Admiral Howe of the British Navy. Mary Howe was the daughter of William and Deborah Daubein or Dobbin.

Robert Rutherford was one of the delegates to the Convention held at the town of Richmond, in the Colony of Virginia, on Friday, the 1st of December, 1775, and afterwards by adjournment in the city of Williamsburg.

At Williamsburgh, on December 6, 1775, this Convention resolved itself into a committee to take into their further consideration the state of the Colony. He was one of the seven delegates chosen by this Convention to make reply to the proclamation of Lord Dunmore, declaring marshal law, to be enforced throughout the Colony, and requiring every person capable of bearing arms to resort to His Majesty's standard by him erected in the town of Norfolk, or to be considered as traitors to His Majesty's crown and Government, and thereby to have incurred the penalty of the laws for such offenses ; and granting their freedom to the slaves and servants of those he was pleased to term rebels, arming them against their masters, and destroying the peace and happiness of His Majesty's good and faithful subjects, whose property was rendered insecure, and whose lives were exposed to the dangers of a general insurrection.

On Wednesday, December 13, 1775, the committee appointed to draw up adeclaration in answer to Lord Dunmore'sproclamation reported that they had prepared a reply, which severed forever our connection with England, and laid the foundation of the Revolution in the colony of the Old Dominion, for they as guardians of the lives and liberties of the people, their constituents, conceived it to be indispensably their duty to protect them against every species of despotism.

He owned a large and handsome estate called "Flowing Spring," near Charleston, Jefferson County, West Virginia, situated in the picturesque Valley of the Shenandoah, in view of the beautiful range of the Blue Ridge Mountains, and here the statesman-patriot lies buried by the side of his wife. He died in October, 1803. He belonged to that earlier generation of our statesmen, whose patriotism was confirmed by their deeds.

Robert Rutherford has no descendants who bear his name, his only son having died at the early age of nineteen. His daughters, however, left numerous descendants- Their names by marriage were Peyton, Hite, Morrow, Conrad, Davis, Bedinger, and Brown. ("Daughters of the American Revolution magazine", Volume 11, pub. 1897)

This is a road side historical marker, NOT a grave. 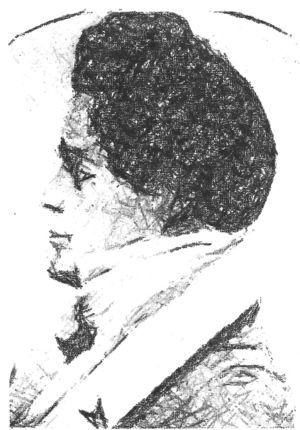