George VI (Sachsen-Coburg und Gotha) Windsor is a member of the House of Saxe-Coburg and Gotha.

George VI (Sachsen-Coburg und Gotha) Windsor is a member of the House of Windsor.

On the morning of 6 February 1952, George VI was found dead in bed at Sandringham House in Norfolk. He had died from a coronary thrombosis in his sleep at the age of 56.[1] 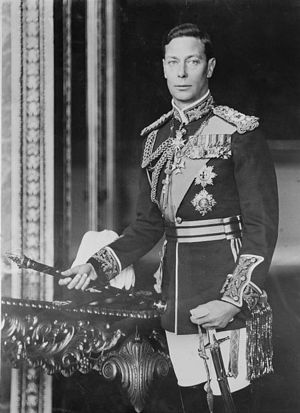 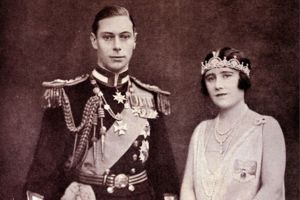 Jo Fitz-Henry
Saxe-Goburg-Gotha-1 and Sachsen-Coburg und Gotha-4 appear to represent the same person because: Saxe-Goberg-Gotha-1 incorrectly spelled surname
posted Mar 20, 2020 by Jo Fitz-Henry
Sandra (Bailey) Green
It seems ridiculous to have living very well known publuc figures in private mode...I think we all know who they are ! Unless you know something the rest of the world does not ??????
posted Aug 08, 2019 by Sandra (Bailey) Green

Christine (Raffo) Zakary
In the last week, since the wedding, the Windsor-1 family tree has been put under Privacy restrictions. This recent action needs to be reversed. The Royal family tree is very public and absolutely NO secret. By Wikitree cloaking the living Royals under the Privacy restrictions, it only harms Wikitreers because the living Royals lineages are already in the Public Domain. Please let's get the King's daughter Queen ElizabethII and her spouse Prince Phillip connected again.
posted May 25, 2018 by Christine (Raffo) Zakary

C. Mackinnon
I remember the day the King died. We were still in primary school which was where we heard the news. Most of us wept which seems very odd nowadays. It is hard to explain just how important he was to us (from the newsreels I suppose) and I daresay it was because of the war. Churchill was the war leader but the King was the "father". Playtime was very sober that day.
posted Jan 18, 2018 by C. Mackinnon

George VI is 18 degrees from Donald Howard, 9 degrees from Julia Howe and 13 degrees from Henry VIII of England on our single family tree. Login to find your connection.