Carl Edward Sagan was born 9 November 1934 in Brooklyn, New York to Sam Sagan and Rachel Molly (Gruber) Sagan. Theirs was a reformed Jewish household. His father was an immigrant from Kamianets-Podilskyi, Russia (now Ukraine), while his mother was from New York.[1]

Carl's scientific work was key in the discovery of the high surface temperature on Venus. He is best known for his contributions to the scientific research of extraterrestrial life. He published more than 600 scientific papers and authored or co-authored over 20 books. His TV series, "Cosmos" is the most widely watched series in the history of American television. In addition to his nonfiction work, he also wrote the science fiction novel, "Contact," which was the basis for the 1997 movie.[1]

Carl died of pneumonia at the age of 62 on 20 December 1996 in Seattle, Washington, after suffering from myelodysplasia, and receiving three bone marrow transplants. He was buried at Lakeview Cemetery in Ithaca, New York.[1][3] 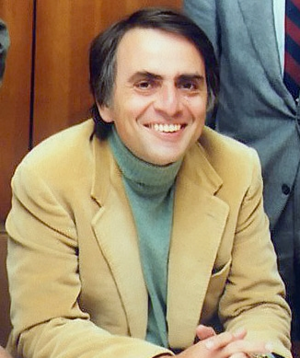 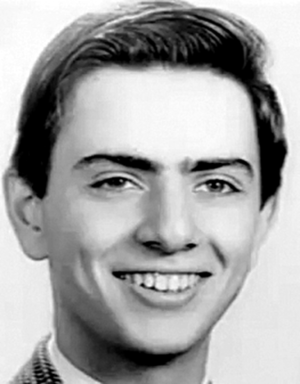 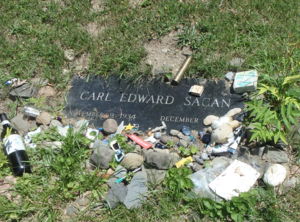 William Lindsay
I shall do my best to find out more about Carl Sagan's family.
posted Jul 31, 2015 by William Lindsay
Susan Hagan
My husband is Carl's first cousin, once removed. I have a lot of information about the Sagan's. How can I help?
posted May 25, 2022 by Susan Hagan