“Her life was devoted to music and its teachings. She graduated from Washington College in 1905, after which time she taught music in various schools in Eadt Tennessee. She later attended the Cincinnati Conservatory of Music, Cincinnati, Ohio. She then went to Blackstone Female Institute, Blackstone, Virginia, where she taught for three years. From Blackstone she went to Cleveland, Ohio, for a few years, giving up her position there to further her musical education abroad. She was especially interested in voice culture and studied in Paris and other European cities. She returned to the United States in 1923, and opened her own studio in New York. She also taught in various New York schools including the Chapin School.

She was active in Girl Scout work and was Choral Director of Camp Edith Macey a Girl Scout Camp in New York State.

A group of Girl Scouts met at Camp Edith Macey, N. Y., and decided Mary A. Sanders of joyous spirit, should be commemorated in some appropriate way.

Their random discussions finally crystallized into a committee known as the Mary A. Sanders Memorial Committee whose duty was to decide what form such a memorial fireplace in one of the present Camp buildings, Edith Macey Buildings.

In the year 1950 a Mary A. Sanders fireplace was added to one of the camp buildings and properly dedicated, which I attended.”[1]

ask our community of genealogists a question.
Sponsored Search by Ancestry.com
DNA Connections
It may be possible to confirm family relationships with Mary by comparing test results with other carriers of her ancestors' mitochondrial DNA. However, there are no known mtDNA test-takers in her direct maternal line. It is likely that these autosomal DNA test-takers will share DNA with Mary:

Images: 4
Mary Sanders and others having watermelon 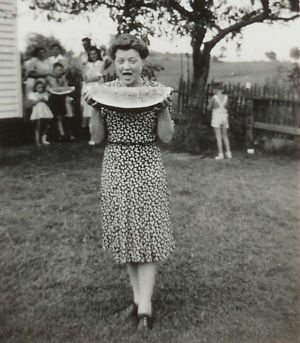 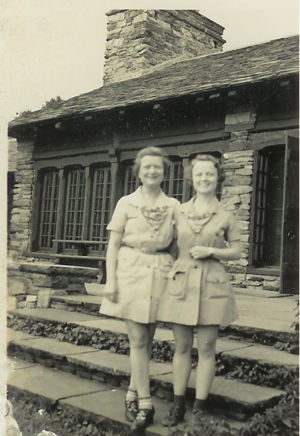 Cover of "Our Songs" 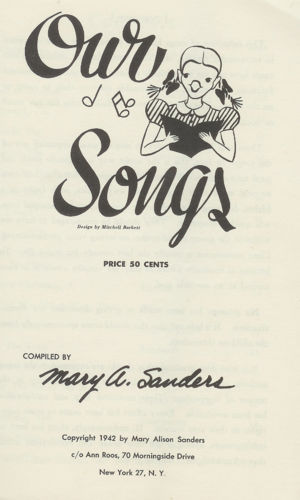 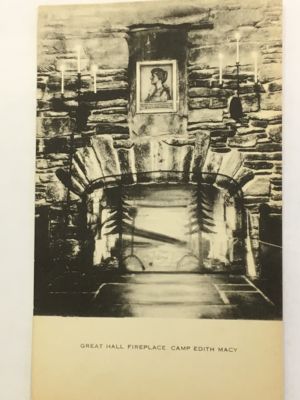 Mary is 24 degrees from Peter Roberts, 19 degrees from Emma Smith and 18 degrees from Henry VIII of England on our single family tree. Login to find your connection.