Alberto Santos-Dumont, (born July 20, 1873, Cabangu, near Palmyra [now Santos-Dumont], Minas Gerais, Braz.—died July 23, 1932, Guarujá, São Paulo), Brazilian aviation pioneer who captured the imagination of Europe and the United States with his airship flights and made the first significant flight of a powered airplane in Europe with his No. 14-bis.

Santos-Dumont, the son of a wealthy coffee planter, traveled to France to study engineering, and he soon became fascinated by flight. His first balloon design was the Brazil, which he flew in 1898. However, he quickly turned his attention to powered airships. A total of 11 dirigibles emerged from Santos-Dumont’s workshop over the next decade.

Santos-Dumont achieved one of the highpoints of his career on the afternoon of Oct. 19, 1901, when he won the 100,000-franc Deutsch Prize for an 11.3-km (7-mile) flight with his airship No. 6 from the Paris suburb of St. Cloud to the Eiffel Tower and back in less than half an hour. The victorious aeronaut cemented his position as one of the leading celebrities of the city when he presented one-quarter of the purse to his crew and the rest to the poor people of Paris.

By 1905 Santos-Dumont had become convinced that flying airships could be compared to “pushing a candle through a brick wall.” Inspired by stories of what the Wright brothers had accomplished in the United States, Santos-Dumont designed and flew a series of heavier-than-air flying machines. His major accomplishments include making the first public flight in Europe with a powered, winged aircraft on Sept. 13, 1906; winning the Archdeacon Cup on October 23 for a flight of 60 metres (about 200 feet); and winning an Aero Club of France Prize of 1,500 francs for the first flight of 100 metres (about 330 feet) on November 12. Santos-Dumont remained active in aeronautical circles prior to World War I, developing the Demoiselle, a high-wing monoplane, in 1909. He returned to Brazil a national hero in 1928. He took his own life four years later, apparently depressed by the outbreak of a local war in which the airplane was employed as a weapon. written by Tom D. Crouch

Is Alberto your ancestor? Please don't go away!

ask our community of genealogists a question.
Sponsored Search by Ancestry.com
DNA
No known carriers of Alberto's ancestors' DNA have taken a DNA test. 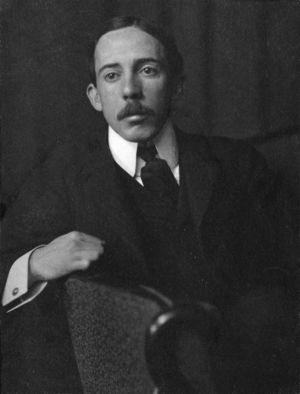