He is th child of James Sapp and Mary Brazill

Emory was born in 1878. He passed away in 1963. The son of Dr. James Monroe Sapp and Mary Melissa Brassell. EE Sapp arrested in Johnson City, TN. EE Sapp admits masquerade as his Brother. EE Sapp arraigned on fraud charges. EE Sapp convicted of fraud and returned to Texas to finish 99 year sentence for murder

On November 19, 1914, thirty-six-year-old Emory Sapp murdered his wealthy wife and her two acquaintances. That's what the jury said when they sentenced him to ninety-nine years in prison. All that was missing was the truth.

Emory Sapp was born in a small town in East Texas in 1878, and for most of his years - when he wasn't incarcerated - he worked in law enforcement. Sapp was in his early thirties and married when he began an affair with a wealthy older woman who had a special fondness for men-in-blue. Divorcing his wife to marry her, the two enjoyed each other's company as they lived the high life. The only problem were Ellen's two nephews, who despised the fact that she had given Em control of all of her money, land, and personal items - and left nothing for them in her will. Then came that awful day when Em and Ellen decided that a hunting trip with a group of friends would be fun.

Despite errors in the prosecution's case, disreputable witnesses, and a number of appeals, Emory Sapp was convicted on circumstantial evidence and sent to one of the worst prison farms in Texas. Feeling that his days were numbered because of what he knew about the prison's illegal activities, Em took it on the lam. In Nashville, he began life anew, using his dead brother's first name. In 1940, Sapp was arrested for mail fraud, which led to his discovery as a fugitive. He was seventy-two when he was paroled, but because he knew that there were those on the outside who wanted him to disappear, he found a way back into prison and remained there till the day he died.

The above information would make it appear Emory and Minnie were married about 1904. Divoriced Minnie at Jasper County, Texas.

Emory is shown in the 1914 Beaumont city directory living at 247 Bowie Street, and a Dep. state game warden.

According to accounts brought out at the murder trial of Emory Sapp, Emory divorced Minnie in 1913. He married Ellen I. Partain in Jefferson County, Texas on July 12, 1914.

The story goes that on November 14, 1914, on a hunting trip in the "Big Thicket", Ellen Partain was accidentally shot, and died. Later two men on the trip were found buried in the same "Big Thicket". Emory and his brother, Lou, were charged with the murder of the two men, tried, and convicted. Emory was sentenced to life in prison and went to serve his time in the Texas State Prison in Huntsville.

In 1930, while serving as a trustee on the prison, Em escaped. He traveled to east Tennessee, where he met and married Beulah Archer, a 28 year old Johnson City, Tennessee woman, whom he met at church. They were married in 1931 and had three children, Clarence, Charles, and Louise. On December 7, 1940, he was discovered as an escaped convict, and taken back to Texas.

Times were hard for the Sapp Family on Afton Street. In the beginning, Mrs Beulah Sapp stated that she would go back to at the silk mill where she had been working prior to her marriage, and indeed, the mill offered her , her job back. However, she wanted to take care of her children until they were older. Clarence was 8 years old, Charles was 6 years, and Louise was 4 months old when their world came crashing down in one fell swoop.

Emory and Beulah had attened church at the Temple Baptist Church close to their Home in Johnson City, Tennessee. The church paid off the mortgage on the home so Beulah and her family would have a place to live free of debt.

There were helping hands all around in the early days. Food from the Salvation Army, baskets and gifts at Christmas time, and Beulah began to take in washing and ironing to have some spending money. In those days, there was no welfare, medicare, etc. There were many times when the family went to bed hungry.

Charles also told of taking his wagon, pulling it to the Salvation Army, where he would be given Flour, Cornmeal & Sugar. He would do this every other week.

Charles relates a story of coming home from school one day, and like most young children, he was hungry. In the kitchen he found a biscuit left from breakfast. When he opened it to put jelly, there was a spider in it. He said he just ran the spider out and ate the biscuit anyway, since that was all there was to eat.

At about 9 years of age, Charles got a paper route in the neighborhood where he lived, and was able to help with some expenses. In his early teens, he also worked as a curb-hop.

Their house was located in an area of town near a large lumber yard, and there were railroad tracks within easy walking distance. In the winter, Charles would take a hemp sack, walk along the railroad tracks and pick up coal which had fallen off the coal cars, to burn in the coal heater located in their living room. He said he would be really lucky some days, and find lots of coal that had fallen off.

After Emory went back to prison, he and Beulah wrote to each other every week for many years, until he was released. Every Sunday evening, Beulah would sit down and compose a letter, and the two boys would add notes to the bottom to their Daddy, and she would mail it on Moday.

More records on Emory Sapp may be available offline. Schedule a free consultation with our friends at Trace.

Is Emory your ancestor? Please don't go away!

ask our community of genealogists a question.
Sponsored Search by Ancestry.com
DNA
No known carriers of Emory's DNA have taken a DNA test. 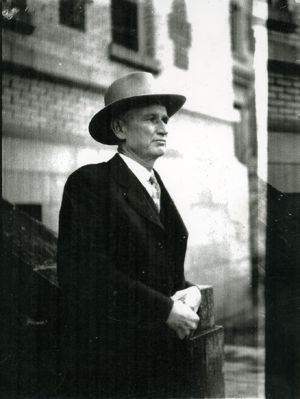 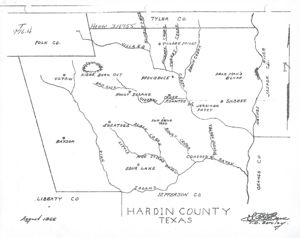