Jean-Paul Charles Aymard Sartre (21 June 1905 – 15 April 1980) was a French philosopher, playwright, novelist, political activist, biographer, and literary critic. He was one of the key figures in the philosophy of existentialism and phenomenology. He was awarded the 1964 Nobel Prize in Literature.

Jean-Paul Sartre was born on 21 June 1905, at his maternal grandfather's home, 13 rue Mignard in Paris (16th arrondissement) as the only child of Jean-Baptiste Sartre, an officer of the French Navy, and Anne-Marie Schweitzer[1]. His mother was of Alsatian origin and the first cousin of Nobel Prize laureate Albert Schweitzer. Her father, Charles Schweitzer, older brother of Albert Schweitzer's father, Louis Théophile, was a teacher at Lycée Jeanson de Sailly.

When Sartre was two years old, his father died of a fever overseas. When he was twelve, Sartre's mother remarried, and the family moved to La Rochelle.

In 1929 at the École Normale, he met Simone de Beauvoir, who studied at the Sorbonne and later went on to become a noted philosopher, writer, and feminist. The two became inseparable and lifelong companions.

Sartre died on 15 April 1980 ar Hospital Broussais (96 rue Didot, 14th arrondissement of Paris)[2] from edema of the lung. He had not wanted to be buried at Père-Lachaise Cemetery between his mother and stepfather, so it was arranged that he be buried at Montparnasse Cemetery.

Is Jean-Paul your ancestor? Please don't go away!

ask our community of genealogists a question.
Sponsored Search by Ancestry.com
DNA
No known carriers of Jean-Paul's ancestors' DNA have taken a DNA test. 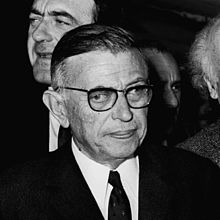 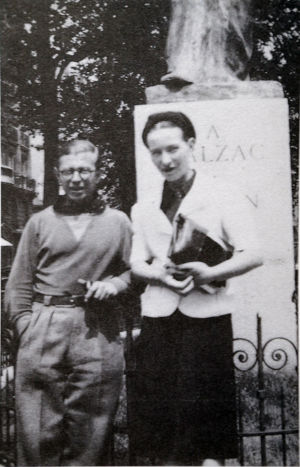 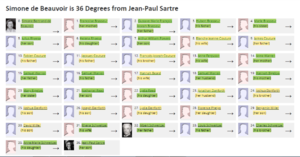 Jean-Paul is 24 degrees from Laurie Giffin, 40 degrees from Toni Morrison and 23 degrees from Henry VIII of England on our single family tree. Login to find your connection.