Éric Alfred Leslie Satie (French: [eʁik sati]; 17 May 1866 – 1 July 1925) — he signed his name Erik Satie after 1884 — was a French composer and pianist. Satie was a colourful figure in the early 20th century Parisian avant-garde. His work was a precursor to later artistic movements such as minimalism, repetitive music, and the Theatre of the Absurd.[1]

An eccentric, Satie was introduced as a "gymnopedist" in 1887, shortly before writing his most famous compositions, the Gymnopédies. Later, he also referred to himself as a "phonometrician" (meaning "someone who measures sounds") preferring this designation to that of a "musician", after having been called "a clumsy but subtle technician" in a book on contemporary French composers published in 1911.[2]

Is Éric your ancestor? Please don't go away!

ask our community of genealogists a question.
Sponsored Search by Ancestry.com
DNA
No known carriers of Éric's ancestors' DNA have taken a DNA test. 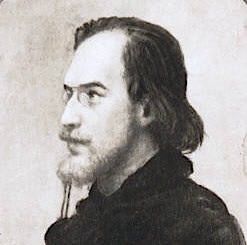