Albert Edward (Saxe-Coburg-Gotha) of the United Kingdom and the British Dominions, and Emperor of India (1841 - 1910)

Edward VII (Saxe-Coburg-Gotha) of the United Kingdom and the British Dominions, and Emperor of India is a member of the House of Saxe-Coburg and Gotha.

Edward VII was the King of the United Kingdom and the British Dominions, and Emperor of India, from 22 January 1901, until his death on 6 May 1910.

Sponsored Search by Ancestry.com
DNA Connections
It may be possible to confirm family relationships with Edward VII by comparing test results with other carriers of his Y-chromosome or his mother's mitochondrial DNA. However, there are no known yDNA test-takers in his direct paternal line. Mitochondrial DNA test-takers in the direct maternal line: 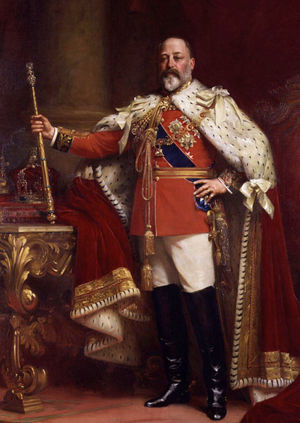 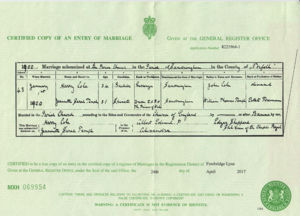 Isabelle (Rassinot) Martin
I have removed the connection to "son" Willmore-11 as well as the mother of Willmore-11 who was set up as wife. These connections had been added on 10 August without providing a source and without communication.
posted Sep 03, 2018 by Isabelle (Rassinot) Martin
Kirk Hess
Saxe-Coburg and Gotha-11 and Saxe-Coburg-Gotha-5 appear to represent the same person because: This is Edward VIII - clear duplicate w/different LNAB spelling choices
posted Sep 27, 2017 by Kirk Hess

Edward VII is 19 degrees from Donald Howard, 10 degrees from Julia Howe and 12 degrees from Henry VIII of England on our single family tree. Login to find your connection.

Categories: Dukes of Cornwall | House of Saxe-Coburg and Gotha