Oskar was born April 28, 1908 in Zwittau, Moravia, Sudetenland, Austro-Hungarian Empire (now Svitavy, Czech Rebublic). He was baptised May 10, 1908 in the Catholic Church there. His parents, Johann Schindler and Francisca Luserová,[1] were a wealthy and deeply religious Catholic family.[2]

"His father is Johann Schindler, an agent in Zwittau born on 09 May 1883, son of Johann Schindler citizen in Lotschnau and his wife Marie born [to] Peter Peichl, a day-laborer in Lusdorf.

His mother is Franziska born 15 Feb 1884, daughter of Franz Luser a mason in Lotschnau and his wife Franziska daughter of Viktoria born [to] Johann Baar, a cottager in Ketzelsdorf."[3]

Oskar had one younger sister, Elfriede, with whom he had a close relationship, despite a seven-year age difference. As a child, Schindler was popular and had many friends, but he was not an exceptional student. Among his childhood playmates were the two sons of a local rabbi.[2]

As a young man he worked for his father in the family machinery business. He then married Emilie Pelzl, which caused friction with his father. As a result, he went to work as a sales manager for a Moravian Electric Company.[2]

As Europe drew closer to war, Schindler felt it necessary to join the Nazi party for reasons of self preservation. Schindler collected information for the Nazis, working in Poland in 1939 before the invasion of Poland at the start of World War II.[2]

In 1939 he obtained an enamel factory in Poland. The factory went on to employ over 1700 workers, the vast majority were Jews. Because of his political connections, Schindler was able to protect his Jewish workers from deportation and death in the Nazi concentration camps. Initially, he did this to maintain his profits, but quickly he began shielding his workers without regard for the cost. He went as far as to give Nazi officials bribes and gifts of luxury items obtainable only on the black market in order to keep his workers safe.

As the war exploded, he had an epiphany. Watching innocent people being packed onto trains, bound for certain death, awakened him spiritually. He was heard to say, “Beyond this day, no thinking person should fail to see what will happen. I am now resolved to do everything in my power to defeat the system.”[4]

The Nazis tried desperately to exterminate all Jews in Poland prior to the Russian invasion. This prompted Schindler to draw up a list of 1200 Jews he swore to save.[4] He managed to save most of them.

After the war, Oskar fled to Argentina with his wife and a mistress (one of several that he had throughout his marriage). In 1958, abandoning both wife and mistress, he returned to Germany alone, where he lived until his death.[4]

Oskar died October 9, 1974 in Hildesheim, Germany and was buried in Jerusalem on Mount Zion.[5]

Although Oskar struggled at times in his life with fidelity and had some moral flaws, he ultimately died a hero for his moral convictions and devotion to humanity. 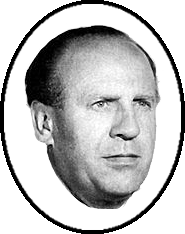