Erwin Schrödinger was born in 1887, the only child of Rudolf and Georgine Schrödinger. [1] In his late teens and early twenties he matriculated at the University of Vienna, where his interest in physics took deeper root, and where he earned his doctorate.[2]

His academic career was interrupted between 1914 and 1918 by the First World War, during which he served as an artillery officer in the German Army on the Italian Front.[3]

Upon his return he worked through several academic positions at multiple universities, and in 1927 succeeded Max Planck at the University of Berlin, where he joined a distinguished faculty that included Albert Einstein.[2] It was during this period that he formulated his wave equation (the Schrödinger equation), for which he was awarded the Nobel Prize for Physics in 1933.[4]

In that same year, alarmed by Hitler's rise to power, Schrödinger resolved to leave Germany. He became a fellow at Oxford, and was offered a permanent position at Princeton, which he declined. After a few years abroad, he found he missed his native country, and in 1936 returned to Austria to teach at the University of Graz. However, when Germany annexed Austria in 1938, he fell into political difficulties because of his opposition to Nazism. He fled to Italy, and ultimately landed at the Institute for Advanced Studies in Dublin, where he remained until his retirement in 1955.[4] 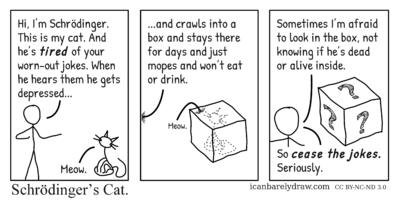 Despite winning the Nobel Prize for his work on wave mechanics, Schrödinger is perhaps best known for his formulation of the thought experiment popularly called "Schrödinger's Cat," which was intended to illustrate the absurdity of the indeterminacy required by the so-called Copenhagen interpretation of quantum theory.[5]

Schrödinger also achieved some renown for his unconventional love life. He married Annemarie Bertel in 1920, and though their marriage endured until Anny's death in 1951, he openly courted and even lived with several other women. He and Anny had no children together, but with his mistresses he fathered three daughters.[6][7]

Professor Schrödinger died of tuberculosis in 1961. He is buried in Alpbach, Austria, beside Anny.[1]

Sponsored Search by Ancestry.com
DNA
No known carriers of Erwin's DNA have taken a DNA test. 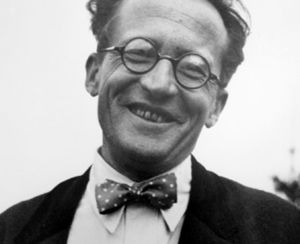 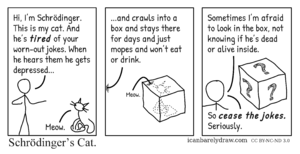 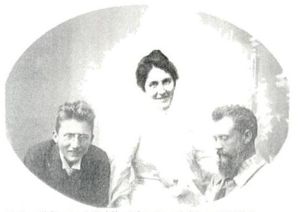 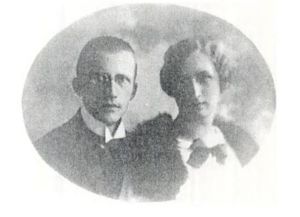