Katherine Schultheis (Schuldies) was born on 19 Feb 1891 in Grimm, Volga, Russia.[1] She was one of six known children born to her German-Russian parents, Konrad Schultheis and Catharina Barbara Wunder.

Katherine married Fredrick Meisner and they left the Volga village for America. The couple traveled from Grimm to Libau where they purchased their passports and ship tickets. Their passports were issued on 14 Mar 1912 and a stamp reflecting they were going abroad completed 19 Mar 1912.[2] They remained in Libau until the ship S.S. Lituania departed on 1 Apr sailing for 16 days arriving at Ellis Island in New York. They most likely took the train bound for what was then called New Windsor, Colorado, the area where the sugar factory production was welcoming all beet laborers.

They arrived in Colorado in April of 1912 first living in Windsor, where they had their first child Amalia and then son Frederick Jr. Their second son Alexander was born in Eaton in 1915. Their third son Henry was born in Windsor. Daughter, Clara, was born in Gill in December of 1919 and died five months later in 1920. Daughter Emma was born two years later, in Eaton and their last son Herman was born in Ault in 1924.

The family worked as beet laborers, their family like many in Weld County who impacted the sugar beet industry. The family can be found In 1930 census records in Precinct 39 which was the area east of Evans renting a farm and then in 1940, Fred, Katherine and youngest son Herman are farm tenants in Barnesville (Precinct 19).

In March of 1937 Fred and Katherine Meisner celebrated their Silver Wedding Anniversary of 25 years with a celebration with family and friends.[3]

In 1946, Fred and Katherine are listed in the directory as retired living at 1625 7th Avenue in Greeley.[4][5] Six years later, Katherine passed away in February of 1952 leaving a grieving husband and five living children and many grandchildren. She was 61 years old and 7 days.

Her siblings have Schuldeis listed as their legal names and Schuldheis is another variation. Grimm Census records reflect the name: Schultheis. The name eventually can be found in German records as Scholtes or Schultheiß.

"In medieval Germany, the Schultheiß (German: [ˈʃʊltaɪs]) was the head of a municipality (akin to today's office of mayor), a Vogt or an executive official of the ruler. As official (villicus) it was his duty to order his assigned village or county (villicatio) to pay the taxes and perform the services due to the ruler. The name originates from this function: Schuld ‘debt’ + heißen ‘to order’. Later, the title was also used for the head of a town (Stadtschultheiß) or village (Dorfschultheiß)."[7]

Is Katherine your ancestor? Please don't go away!

ask our community of genealogists a question.
Sponsored Search by Ancestry.com
DNA Connections
It may be possible to confirm family relationships with Katherine by comparing test results with other carriers of her mitochondrial DNA. However, there are no known mtDNA test-takers in her direct maternal line. It is likely that these autosomal DNA test-takers will share some percentage (beta) of DNA with Katherine: 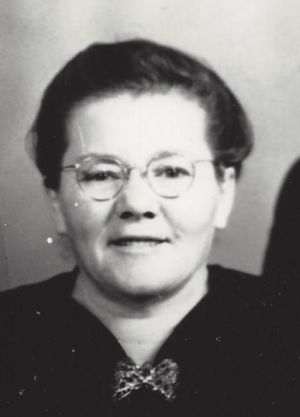 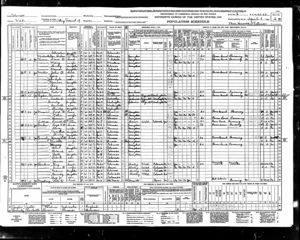 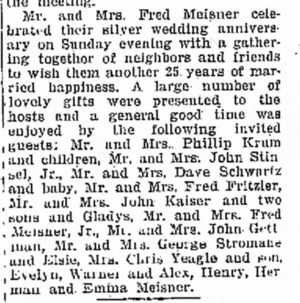 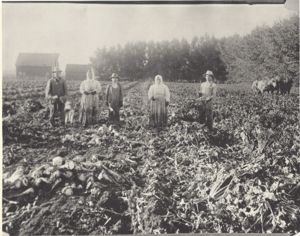 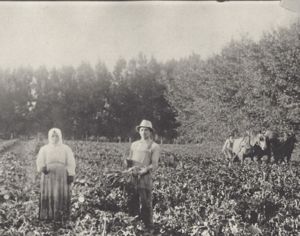