Mary Barbara Sanders (née Schust) was born on 26 January 1905 in the former coal-mining town of Blocton, Bibb, Alabama, the third of seven children of Gottscheer immigrant coal miner Matt Schust and Gottscheer-American Mary (Stritzel) Schust.[1][2] She completed up to the 7th grade.[3] At some point after the deaths of her mother and two youngest siblings, she was placed into foster care along with her four living siblings, most likely so that her father could concentrate on work.[4] The orphanage in which they were placed was Catholic and most likely in Mobile, Alabama, where the youngest Mathew died. They were taken out at some point by their father and the family moved to Pawnee, Sangamon, Illinois sometime before Sept 1918 (as they were living there when her father filled out the 1918 World War I registration card), and they were all living with him in Pawnee at the time of the 1920 census.[5]

Mary was married to Russell Lee Sanders on 26 August 1925 in Pawnee, and the marriage produced three children.[4][6] Mary and her family moved to Parma, Monroe, New York sometime between 1935 and 1940, where they lived on Curtis Rd and worked as sharecroppers.[3] A few years later, the family moved to a farm on Manitou Road. 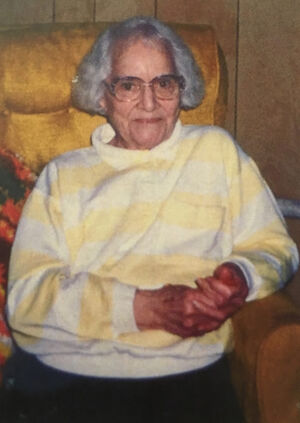