Robert Arthur Scott was the husband of Willie Mae Scott and father to six children. He worked as a longshoreman, WKM in Houston, ranching and was an entrepreneur in real estate. He also had his own landscaping and janitorial service with employees and his children worked in the businesses.

He brought up his family to have a strong work ethic. Even upon retirement, he continued to work in a general store that served his neighborhood with both groceries and a laundromat.

His philosophy was to "own" and not to be on the credit mindset. He passed this thought process onto his children and grand-children through actions.

He worked as a longshoreman in Freeport and met his wife, Willie Mae McNeil and they married.

He was an ordained deacon in the Church of God of Prophecy and built the church located at 301 North Parrish Street to serve his wife's congregation. His wife was a pastor.

He was 5'9" and 160 lbs and had a great sense of humor. He was a leading member of the Angleton business community and on the Dow/Pardee Cancer Institute Board of Directors in Freeport, TX.

Allergies: seasonal allergies due to pollen Medical: in the latter part of his life, he had a minor stroke but was otherwise very healthy

He died of natural causes. 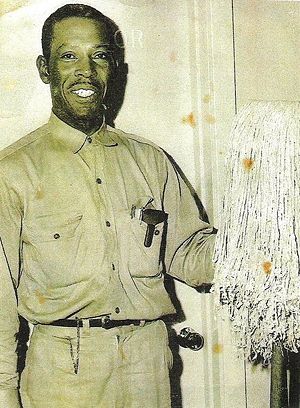