In January, 1861 president-elect Abraham Lincoln invited Matheson to attend his inauguration. He traveled to Washington, D.C., for the inauguration on 4 March 1861, intending to stay only a few weeks, but found himself swept up in the fever of approaching war. [7] Roderick then organised the 32nd Infantry Regiment of NY/California Volunteers, was appointed Colonel and after leading a number of Battles was killed in the American Civil War Battle of Crampton's Pass, Maryland 1862.[8]

Roderick had mortgaged most all of his estate to equip the Regiment (Springfield 1842s)[9] and the family was financially devastated as well as bereaved; however, the California State Legislature (after much discussion) awarded an appropriation that relieved the family of all debt.[10] Netty was awarded a widow's pension as well[11] and lived the rest of her life on the Healdsburg farm. She also lost both of her boys in their early twenties to farming accidents. She passed away in 1887 and is buried in the Oak Mound Cemetery, Healdsburg, California.[12]

ask our community of genealogists a question.
Sponsored Search by Ancestry.com
DNA Connections
It may be possible to confirm family relationships with Maria by comparing test results with other carriers of her mitochondrial DNA. However, there are no known mtDNA test-takers in her direct maternal line. It is likely that these autosomal DNA test-takers will share some percentage of DNA with Maria: 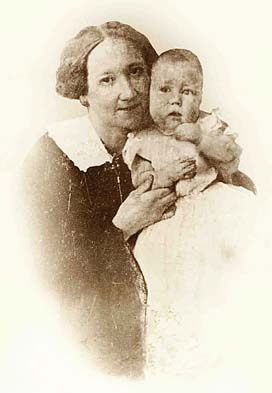