He married Harriet Ruth Thurston[1] about 1923.

I took that oath on the 7th of July, 1918 just before my 26th birthday. President Wilson declared war on Germany just a year before that and we all registered for the draft. They said this would be the war to end all wars. My reward for repeating this oath of enlistment was a set of two small aluminum disks, dog tags, virtually indestructible and hand stamped with my name, the letters USA and my service serial number- 398632. They only started issuing serial numbers that year I enlisted. The news people say a fellow named Arthur Crane of Chicago got serial number 1. By March of 1918, we read that there are 250,000 doughboys in Europe somy serial number is in the right ballpark. It seems like giving everyone a number is a little impersonal. Makes one feel like a piece of machinery. But millions of us are scheduled to go into the Army to finish off this war. The Army has not had to keep track of so many soldiers since the Civil War when they first started using dog tags.

Of course the dog tags are worn to enable easy identification should I become a casualty of war. In the Civil War, soldiers would pin a note to their uniform with their name on it to help with identification. These days there are myriad ways to become a casualty. Many of the boys mustering with me at Camp Devens, outside of Boston, suffered from the Spanish influenza. This was a life threatening illness as there was no real treatment for its pneumonia like symptoms other than bed rest. Any secondary infections easily prove fatal. Then there was that trip across the ocean to France on a troop ship, U-boats lurking and waiting to attack. We never lost a troop ship in the Great War but the danger was ever present. “There were 14 troopships in our convoy protected by cruisers and destroyers. The voyage was quiet and uneventful but we had daily boat and abandon ship drills. Each company had to mount guard and furnish lookouts. There were a number of boxing matches between the soldiers and sailors during the crossing. In the evening moving pictures were shown andthe regimental band played for our entertainment. We finally landed at Brest, France and proceeded to a rest camp where we set up tents in the rain in an old pasture for three days, drilling and trying to recover from the effects of the three week voyage.” Finally we had to perform our duty on the ground in the battle zone.

Born in a small village on Cape Cod, Massachusetts, called East Dennis, I was the first in my family to go to college. It was a difficult transition moving from a small village to big city Boston. My grandfather was a cooper, making barrels for the local cranberry farmers. My father was a mechanic helping to build world famous clipper ships at the Shiverick shipyard in the local harbor and building and maintaining windmills which were a primary source of energy for evaporating salt from seawater and running mills for manufacturing. I graduated from Dennis North High School inthe class of ’09 with 7 other classmates, Emilie Sears, Evelyn Crosby, Inez Hall, Richard Hefler, Alice Goodspeed, Jennie Mae Howes, and Ethel Shiverick, all cousins except Alice and Richard. Ispent a couple of years at prep school in Rhode Island after graduation prior to heading for the Massachusetts Institute of Technology where I had received a half-scholarship from the Commonwealth. The school was always on the lookout for potential engineers.

Along with our engineering curriculum, as cadets in the Tech reserve officer’s training battalion in 1913 and 1914 we were exposed to the military life. MIT was designated a Land Grant College when it was formed in 1865 and has always had a Department of Military Science and Tactics. We were taught that that we had a military heritage second only to West Point, the United States Military Academy. Our college mandate was to provide a "means by which a democratic people could gain a competent officer corps for a military reserve without endangering basic liberties." The college classroom environment was more difficult than anything I had previously encountered. In my pursuit of a civil engineeringdegree I struggled to adapt to the high pressure calculus, physics and engineering classes. I did well in the summer Tech Camp that provided hands-on training up in Gardners Lake, Maine, becoming a wizard with trigonometry calculations needed for surveying and acquiring essential skills with theodolites, transits, and plumb bobs. Then my father died in the summer of 1914 and my world turned upside down. My mother needed help with finances and I still had to pay half tuition and living expenses in Boston, soI ended up delaying my engineering education and went into partnership in a grocery store. I later took a position as a rodman on a survey crew beginning with the Harbor and Land Commission for the Commonwealth of Massachusetts in 1916 at $65 per month. Most recently I worked as chainman, rodman and transit man (the most sought after position on the crew) for the Boston & Albany Railroad at a salary of $37 per week.

As the Great War raged on, I was committed to the idea of public service. After all, I had received a scholarship and technical training from the government which enabled me to support my family. My great-grandfather, Elkanah Sears, fought in the Revolutionary War. Other ancestors have been members of the militia, so while registering for the draft was legally required, I registered with no objection. Volunteering for the Engineers was even easier. Yes, I could have easily had an exemption from serving in the military with my specialized technical skills in the railroad industry, but the call was out for experienced surveyors and trackmen to join the Army Corps of Engineers. Along with my dog tags I was issued a set of wool uniforms and assigned to Camp Devens, Massachusetts for training. A crimson thread seemed to show me the path from my rural upbringing on Cape Cod, son of a “mechanic,” to engineering college and big city Boston and even on to applying my railroad skills to the art of war. I shipped out to France with General Blackjack Pershing’s American Expeditionary Force and we fought hard during the 100 days allied offensive in1918. Each Infantry Division in the Army had its own Engineering Regiment and this article from the paper shows what our Light Rail regiment was able to accomplish.

"AmericanRailway engineers from Company G, 22nd Engineers played an important role inthe battle for St Mihiel sector. They didn't get out and take Germans, but they made it possible for others to do so. "Up and downthe American front is a network of narrow-gauged railways, running to every point and connecting the fighters with their bases in the rear. "The Americans have developed railway building along the front to a high degree. They can lay track through a field in almost no time, and soon little engines specially built for the front are chugging along dragging strings of cars loaded with shells, food and other things the doughboys need. "Once across No Man's Land, the engineers were able to hook on to railroads left by the fleeing Germans and the Americans had a fairly extensive temporary system already laid out for them. They used captured German engines and cars, too,temporarily. But the boche rolling stock did not compare to the cars marked "U.S.A." [from the Regimental Commander]

There were only seven of us in the company with prior railroad experience but we were able to quickly train the others. After four days of shell fire from both cannon and airplanes we were able to connect the French and German 60 centimeter rail lines over a distance of about four kilometers. We even had a contest assembling narrow gauge track segments - twelve men in each team from three companies. We assembled 279 sections in a day. Two men did 53 sections in 10 hours which broke all previous records. At one point, lacking a tractor, we pulled a dynamite train of 6 German wagons with Army mules.

One morning, the company commander told our lieutenant “we must have a round house and shops in six days.” With nothing to build it out of but a few steel trusses saved from the wreck of an old German prison barracks, the open sky over our heads and a spotof land to build it on, we set to work and with material commanded fromdifferent salvage dumps and various other places, we were able to send a message to headquarters, “your shop, engine house and 80 lineal feet of engine pit is ready for use.”

I married the year I returned from the war and am proud to say that I was able to provide for the defense of my country and for generations to come.

Is Leslie your ancestor? Please don't go away!

ask our community of genealogists a question.
Sponsored Search by Ancestry.com
DNA Connections
It may be possible to confirm family relationships with Leslie by comparing test results with other carriers of his Y-chromosome or his mother's mitochondrial DNA. Y-chromosome DNA test-takers in his direct paternal line on WikiTree: It is likely that these autosomal DNA test-takers will share some percentage of DNA with Leslie: 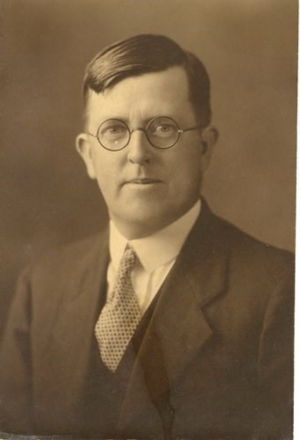 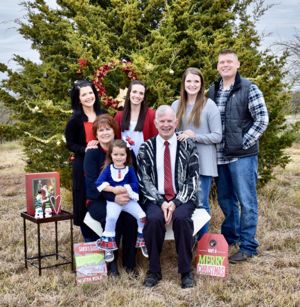 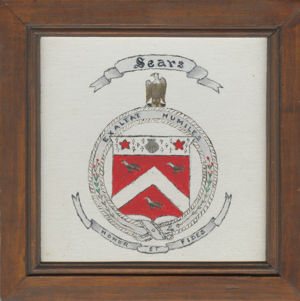 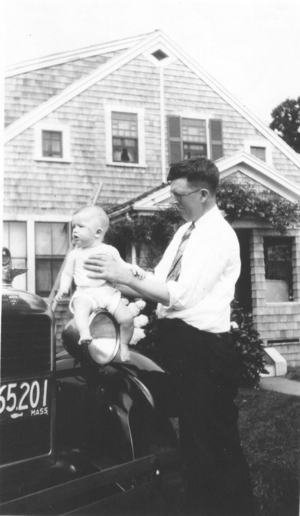