William Henry Seward (May 16, 1801 – October 10, 1872) was an American politician from the state of New York. He served as the 12th Governor of New York, United States Senator and the United States Secretary of State under Abraham Lincoln and Andrew Johnson. A determined opponent of the spread of slavery in the years leading up to the American Civil War, he was a dominant figure in the Republican Party in its formative years, and was widely regarded as the leading contender for the party's presidential nomination in 1860.[1]

Denied the nomination, he became a loyal member of Lincoln's wartime cabinet, and played a role in preventing foreign intervention early in the war. On the night of Lincoln's assassination, he survived an attempt on his own life. As Johnson's Secretary of State, he engineered the 1867 purchase of Alaska from Russia in an act that was ridiculed at the time as "Seward's Folly" (no valuable minerals, let alone gold or oil, were discovered in Alaska until 1880, eight years after Seward's death.) His contemporary Carl Schurz described Seward as "one of those spirits who sometimes will go ahead of public opinion instead of tamely following its footprints.

Seward studied law at Union College, graduating in 1820 with highest honors, and as a member of Phi Beta Kappa. He was admitted to the New York State Bar in 1821. In that same year, he met Frances Adeline Miller, a classmate of his sister Cornelia at Emma Willard's Troy Female Seminary and the daughter of Judge Elijah Miller of Auburn, New York. In 1823, he moved to Auburn where he entered into law partnership with Judge Miller. The firm, Miller & Seward, would merge with the New York firm, Blatchford & Clizbe, in 1854 to form Blatchford, Seward & Griswold, the predecessor of the law firm, Cravath, Swaine & Moore. 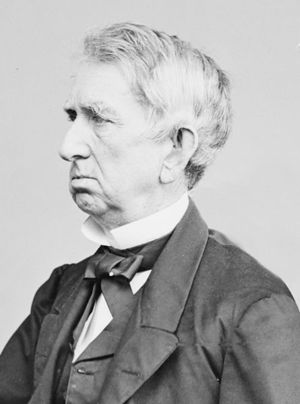 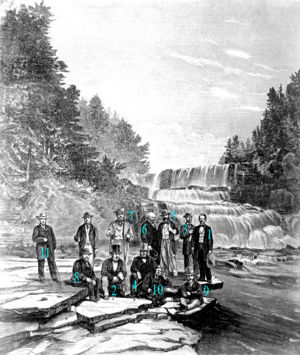