Samuel was a boy of five in April 1865, who was from Easton, Talbot Co., MD. Samuel’s father, George H. Seymour, was an overseer of the farm and 300 slaves for the George R. Goldborough estate in Talbot Co. & Caroline Co., MD. The father traveled in April 1865 to Washington, DC with Mr. Goldsborough on business and Mrs. Goldsborough brought the boy, Samuel (her godson) and his nurse, Sally Cook. They traveled 150 miles from Talbot Co. to Washington, D.C. by horse coach. They arrived Friday, April 14th. The boy was frightened by all the soldiers in the streets in Washington.

Samuel and her godmother, Mrs. George R. Goldborough (who was very fond of the boy) along with a nurse were seated in a balcony box called ‘Dressed Circle’ opposite President Abe Lincoln on April 14, 1865 at Ford’s Theater. The play was “Our American Cousin”.

The boy saw Lincoln in the Presidential box and thought he “looked stern because of the whiskers.” With intermission, Lincoln stood in his box, his godmother said, “Look, I believe he is about to say something.” Samuel stated he believed Lincoln was standing not sitting at the time Booth shot him. Seymour reported that at the time of the assassination he first thought that he himself had been shot. This was due to his nurse, Sarah Cook, age 14, who was hired by Mrs. Goldsborough, while trying to fix a torn place in his shirt having stuck him with a pin at the moment of the gun's discharge. He did not see the shot fired at Lincoln but did see John Wilkes Booth jump to the stage and injure his leg. He then saw the President slumped over.

After the shot and Booth leaping from the balcony to the stage, Samuel stated there was lots of screaming, crying and excitement by the audience. Mrs. Goldsborough yelled "Lincoln’s been shot!". Samuel, the five year old boy stated he started crying also, so his godmother took Samuel and they left the balcony box. He kept a lifelong fear of guns.

Samuel James Seymour grew up in Maryland and learned the carpentry and construction trade.

Samuel voted in every local, state and national election starting in 1881.

Samuel and Mary Rebecca Twilley married in 1880 in Maryland. They lived in East New Market with his uncle, Thomas Thompson and worked as a farmer. They later moved to Easton, MD.

In 1924, Samuel and Mary moved to Herald Harbor, MD and he was very successful building homes.

The world learns of Samuel being the last witness to the Lincoln assassination remaining in the 1950s:

In 1953 - TV New York program - “It’s News to Me” interviewed him about being at Ford’s Theater. 1955 - fell at home but did recover. In 1956, Samuel appeared with that ‘secret’ on “I’ve Got A Secret” about Feb. 9, 1956. Garry Moore was the host of the show when 96-year-old Seymour whispered to him: “I saw John Wilkes Booth shoot Abraham Lincoln.” The show also featured a panel of celebrities whose task was to guess Mr. Seymour’s secret. Among them were Bill Cullen, Jayne Meadows, Henry Morgan and Lucille Ball. It was Jayne that guessed his secret correctly.

Just before the appearance he had fallen in his NY hotel room.

Samuel died at age 96 , April 13, 1956, at daughter’s home, Mrs. Irene Hendley in Arlington, VA. He was buried at Loudon Cemetery in Baltimore, MD, alongside his wife, Mary, who died in 1942. Samuel Seymour - died ninety-one years near to the day of Lincoln's assassination. 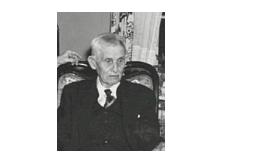 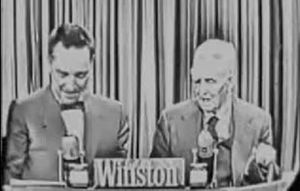 "I've Got A Secret" scene 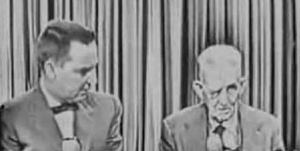