Ernest Shackleton was born in Ireland.

Ernest Shackleton was born on February 15, 1874 in Kilkea, County Kildare, Ireland[1], the son of Henrietta (Gavan) and Henry Shackleton. At the age of 10, his family moved to suburban London where he later went on to Dulwich College. Bored with his studies, he quit school and became a seaman on the merchant sailing ship, the “Hoghton Tower”. By 1898, he had qualified as a master mariner, able to command a British ship anywhere in the world. The next, while aboard the ship "Tintagel Castle" during the Second Boer War, he befriended an Army lieutenant whose father was one of the primary financiers behind a journey to the Antarctic then being organized in London. As a result of this association, he secured a place on the expedition under the leadership of British naval captain Robert Falcon Scott as the third officer aboard the ship, "Discovery".

The Forging of an Explorer

The "Discovery" set sail from the Isle of Wight on August 6, 1901. After skirting the Antarctic coast for a month, the ship finally anchored at McMurdo Sound on February 8, 1902. Soon afterward, the "Discovery" became locked in ice for the Antarctic winter. The 10-month wait would later prove to be a valuable experience for Shackleton. During their stay, he edited a ship's newspaper, "The Polar Times", and became exceedingly popular with members of the crew, so much so that several of his shipmates would later accompany him on his own expeditions. Finally, in early November 1902, Scott, Shackleton and Edward Wilson struck out southward, reaching a point less than 550 miles from the Pole, further than any before them. The three men barely made it back at the ship, arriving in February 1903, but Shackleton’s condition was such that he had to be sent home immediately.

After several years of preparations, Shackleton and crew set sail on an expedition of his own aboard the ship "Nimrod". Leaving Lyttelton, New Zealand on January 1, 1908, they set up camp at Cape Royds, but were forced to wait out yet another Antarctic winter. Shackleton and a three-man team, including Frank Wild, set out to the south, advancing to within 112 miles of the Pole. They climbed Mount Erebus, discovered the Beardmore Glacier and found the approximate location of the southern magnetic pole. As before, the journey back to the ship was a race against time. Running low on rations, Ernest once offered Frank his only biscuit of the day, to which Wild recounted in his diary, "All the money that was ever minted would not have bought that biscuit, and the remembrance of that sacrifice will never leave me." Upon their return to England, Shackleton was knighted by King Edward VII.

In 1910, the race to reach the Pole took on frenzied proportions as Norwegian civilian Roald Admunsen and Captain Scott both initiated expeditions to that effect. Admunsen and crew departed from Oslo, Norway on June 3rd, sailing on the ship, "Fram". Scott initiated a competing expedition two weeks later, setting sail from Cardiff, Wales aboard the ship, "Terra Nova". Amundsen set out for the Pole on October 19th, while components of Scott's team struck out on October 24th. On December 14, 1911, Amundsen and his team of four other men conquered the Pole. Meanwhile, Scott and a group of four explorers would reach the same location a scant five weeks later, only to find the Norwegian flag planted in the ice. In March 1912, on the return to their base camp, Scott and his entire crew were lost in a blizzard. Their loss steeled Shackleton for yet another assault on the frozen wilderness.

The Imperial Trans-Arctic Expedition aka "The Greatest Adventure In History"

On August 8, 1914, the ship, “Endurance” set sail from Plymouth, England on the Imperial Trans-Antarctic Expedition, Shackleton's grand plan to be the first crossing of the continent from the Weddell Sea to the pole, then onward to the Ross Sea. By January 1915, the ship was locked fast in pack ice. The next month, Shackleton and his crew of 27 men set up camp on the ice and began the long wait for spring. In October, with temperatures on the rise, pack ice resumed the inexorable process of breakup, drifting and refreezing, placing incredible strains on the wooden vessel. Moving westward, the ship’s hull began to crush inward from the strain. Realizing their predicament, Shackleton ordered that the ship be abandoned, and all supplies were brought onto the ice. Finally, on November 21, 1915, the valiant vessel slipped beneath the surface, leaving the men alone with three lifeboats.

Shackleton immediately set about devising an escape plan. They would stay together on the ice floe, nicknamed "Patience Camp", hoping to drift northwestward toward Paulet Island where unused provisions had been stored for one of their previous expeditions. Although they came within 60 miles of the island, they found themselves at the mercy of the winds and continued drifting to the north. On April 8, 1916, Patience Camp began to split apart, leaving no choice but to take to the water in the three lifeboats, including the "James Caird". Counting on the expertise of the ship’s Captain and chief navigator, Frank Worsley, the men began rowing for Elephant Island. Six days later, on April 15th, the boats were brought to shore. The next day, Frank Wild led a small group to find a more suitable location to build an encampment, later renamed Point Wild.

Although it was the first solid ground the men had stood on in over 16 months, Elephant Island was completely uninhabited, and Shackleton knew it. The men constructed shelters, then he revealed his plan to them. Shackleton would lead a crew of five, including Worsley, Tom Crean and Harry "Chippy" McNish, and set out again for South Georgia Island, some 800 miles to the northeast. Frank Wild would be left in charge of the remaining 22 men. McNish refitted the 23-foot “James Caird” for the trip, adding height to the side panels and building a deck of wood and canvas. With shouts and waves from those remaining, they pulled away from the island on April 24th. Incredibly, after 15 days of sub-freezing temperatures, hurricane force winds and waves of unimaginable heights, they landed the tiny boat on the uninhabited southern shore of South Georgia at King Haakon Bay on May 9th.

Their sea voyage had been so terrifying that Shackleton realized the only way to survive was by crossing the island on foot to the Stromness whaling station. With 32 miles of uncharted mountains and glaciers in front of them, Shackleton, Worsley and Crean set out on May 18th, leaving their three shipmates to wait for relief. Unbelievably, they walked into the station just 36 hours later. The station manager, an old chum of Shackleton's, was only able to recognize his friend by voice. A boat was sent to pick up the men at King Haakon Bay, while Shackleton began working on plans to rescue the remaining 22 men stranded on Elephant Island. Their first three attempts were foiled by pack ice, and each time, they were forced to retreat back to the whaling station. Finally, on August 25th, Shackleton and his companions began steaming toward Elephant Island aboard the Chilean ship, the “Yelcho”.

On August 30, 1916, Shackleton returned to Elephant Island, and the incredible ordeal of the "Endurance" and her crew was over without the loss of even a single man. The men were transported to Chile and treated to a hero's welcome. Shackleton, however, was not quite finished. Their sister ship, the “Aurora" had been sent to lay supply depots along the route from the Pole to the Ross Sea. In May 1915, a storm sent the ship adrift, leaving the shore party marooned with minimal provisions. Party leader Aeneas Mackintosh and a team of nine men continued their depot-laying for the next year, not knowing that Shackleton’s group had also been stranded. The "Aurora" limped back to New Zealand, arriving in April 1916. When Shackleton arrived in Chile and heard that the shore party had been stranded and the ship had returned to New Zealand, he secured passage there immediately.

After its arrival back in New Zealand, the "Aurora" was repaired and made ready for a return to Antarctica to rescue Mackintosh's group. Although Shackleton had purchased the ship prior to the start of the expedition, his absence resulted in the governments of Australia, Britain and New Zealand wrestling for ownership of the vessel. With the help of New Zealand’s Minister of Marine Affairs, he was returned to command as the ship’s supernumerary officer, and they set sail on December 20, 1916. Upon their arrival on January 10, 1917, the remaining seven members of the long-lost shore party were astonished to see Shackleton coming to their rescue. Unfortunately, Commander Mackintosh and two of his crewmen, Victor Hayward and Arnold Spenser-Smith, had perished in a raging blizzard in May 1916. The shore party was returned to New Zealand, arriving in Wellington on February 9, 1917.

Shackleton returned to England in May 1917 at the height of World War I, and enlisted immediately. In October, he was sent to Buenos Aires as a diplomat, in hopes of persuading Argentina and Chile to ally with the British. When those efforts failed, he returned to England. In 1919, he authored his book titled, “South: The Story of the 1914-1917 Expedition”. In 1920, his thoughts turned back to one final conquest of the Antarctic. The goal was to circumnavigate the continent and map uncharted coastlines. Shackleton and crew set sail from London on September 17, 1921 aboard the ship, “Quest”. The crew included his former captain and chief navigator, Worsley-325, and Frank Wild, his second-in-command. They arrived in Rio De Janeiro, Brazil on November 22nd; however, engine repairs forced the ship to stay in port for the next month.

On December 18th, the "Quest" resumed its voyage, heading toward South Georgia. They arrived in Grytviken Harbor on January 4, 1922. The next morning, the ship’s doctor was called to examine Shackleton, where he died a short time later of an apparent heart attack. As his body was being sent back to England, word came from his wife to return him to Grytviken for burial there. The "Quest" resumed its expedition on January 18th, under the command of Frank Wild. Sir Ernest Shackleton was laid to rest in Grytviken Cemetery on March 5th. When the "Quest" returned on April 6th, the crew built a memorial to their fallen leader at the entrance to the harbor, then departed for England on May 8th. Shackleton’s ill-fated Imperial Trans-Atlantic Expedition, and the incredible saga of the crew’s subsequent rescue, is widely regarded as one of the most spectacular and heroic adventures of all time.

Ernest Shackleton married Emily Mary Dorman In 1904 at Christ Church Broadway, in the parish of St Margaret, Westminster, England.[2][3] Their children were:

ask our community of genealogists a question.
Sponsored Search by Ancestry.com
DNA
No known carriers of Ernest's DNA have taken a DNA test. 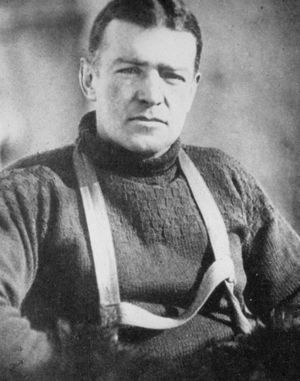 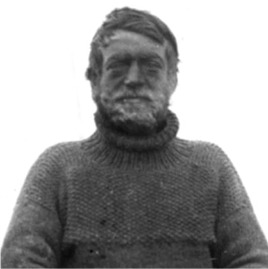 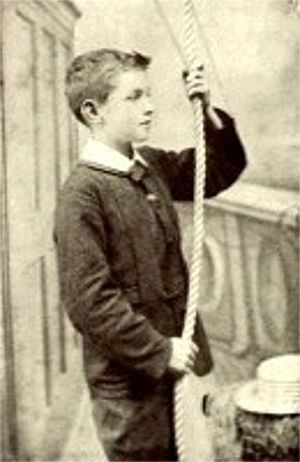 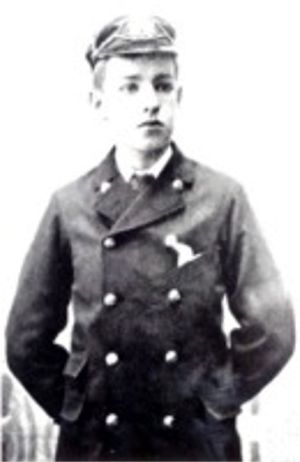 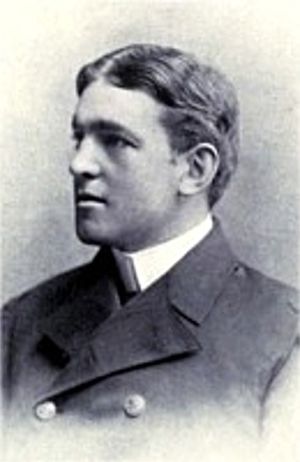 Steve Thomas
This is a great profile of a great man.
posted Mar 24, 2022 by Steve Thomas