Mary (Shadd) Cary was a part of the Civil Rights Movement.

Abraham, her father, was a grandson of Hans Schad, also known as John Shadd, a native of Hesse-Cassel, who had entered the United States by serving as a Hessian soldier with the British Army during the French and Indian War.[1] Abraham was a black agent in the Wilmington underground, and Mary grew up in a home that often hosted fugitive slaves. When it became illegal to educate African American children in the state of Delaware, the Shadd family moved to Chester County, Pennsylvania, where Mary attended a Quaker boarding school, which had a profound influence on her.[2] In 1840, after being away at school, Mary Ann returned to Chester and established a school for black children. She also later taught in Norristown, Pennsylvania, and New York City. The Quaker-educated teacher then moved to Canada where as a writer and editor she advocated permanent emigration from the States. Just before the Civil War she returned to the States to continue working for freedom where she was needed most.[1]

Mary Ann was the first born of thirteen children. In 1850 her parents' household was counted on the census in West Chester, Chester County, Pennsylvania, without her. This record shows that they had lived in Delaware until after 1832 and had moved to Pennsylvania before 1836.[3] The move was only 17 miles away. Three years after the passage of the Fugitive Slave Act of 1850 threatened the freedom of all black Americans, A. D. Shadd moved his family to Canada West, settling in North Buxton, Ontario.

Mary Ann and her brother Isaac had already moved to Canada, immediately after passage of the act, settling in Windsor, Ontario, across the border from Detroit, where Mary Ann's efforts to create free black settlements in Canada first began. There, in 1853, Mary Ann Shadd founded a weekly anti-slavery paper, called The Provincial Freeman. She traveled throughout the U.S. and Canada at great personal risk to promote this vehicle for black self-empowerment.[1]

She married Thomas F. Carey, a Toronto barber who was also involved with The Provincial Freeman, in Toronto, York County, Ontario, Canada in 1856.[1]

Thomas F. Cary died just four years after they were married, while she was pregnant with their second child, Linton. [1]

After her husband died in 1860 in Canada, she and her children returned to the United States. During the Civil War, at the behest of the abolitionist Martin Delany, she served as a recruiting officer to enlist black volunteers for the Union Army in the state of Indiana.[1]

After the Civil War, she taught in black schools in Wilmington, before moving to Washington, D.C.[5] where she taught in public schools and attended Howard University School of Law.[1] She attained her law degree at the age of 60 in 1883, becoming only the second black woman in the United States to do so. She wrote for the newspapers The National Era and The People's Advocate and in 1880, organized the Colored Women's Progressive Franchise.[1] 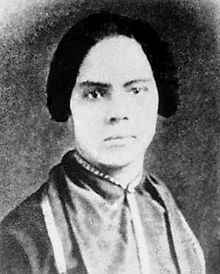 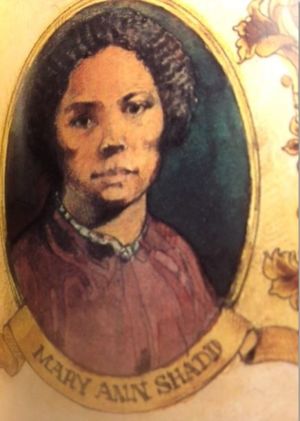 In response to your question posted in "Memories," above, from clicking on the link on her Wikipedia page, "A Google Doodle is a special, temporary alteration of the logo on Google's homepages intended to commemorate holidays, events, achievements, and notable historical figures." Not sure why whoever added that tidbit to her Wikipedia page thought it was part of her legacy, but there it is.

Shirlea Smith
looks like maybe she needs a Notable sticker. Is she really not connected to the tree? Are her siblings really all half-sibs?
posted Oct 09, 2020 by Shirlea Smith

Carole Taylor
the "Notable sticker" is there. And I will check the other 2  ?? asap. thank you
posted Oct 09, 2020 by Carole Taylor

Carole Taylor
It appears that the person who added all the children only added the father and did not LINK the mother Parnell-1429 so guess I will do it.
posted Oct 09, 2020 by Carole Taylor

Carole Taylor
according to the G2G question I asked what I had to do to get the Shadd family on the TREE.. "nothing, and they may never connect" just keeping adding profiles and hope 1 connects............
posted Oct 09, 2020 by Carole Taylor