Marc Chagall (French pronunciation: /maʁk ʃaɡal/) was born Moishe Segal (Yiddish pronunciation: /mɔɪʃə ʃagal/) in a Jewish family in Liozna, near the city of Vitebsk (Belarus, then part of the Russian Empire) in 1887, the eldest of nine children. The family name, Shagal, is a variant of the name Segal, which in a Jewish community was usually borne by a Levitic family. His father, Khatskl (Zachar) Shagal, was employed by a herring merchant, and his mother, Feige-Ite, sold groceries from their home.

The 'New York Times' published an article about 'Marc Chagall in Moscow' on 3 Dec 1933, stating Chagall's birthplace to be, "the little Russian town of Witebak," and continuing on to describe his current hometown in 1933 as Paris. Six pictures were described in this article, which "were produced following the fiasco in Paris before the World War." [1]

See the Marc Chagall page at Wikipedia for an excellent biography.

Is Marc your ancestor? Please don't go away!

ask our community of genealogists a question.
Sponsored Search by Ancestry.com
DNA
No known carriers of Marc's ancestors' DNA have taken a DNA test.

Images: 2
I and the Village by Marc Chagall 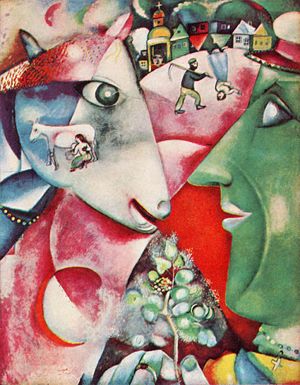 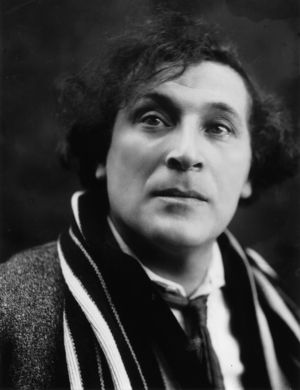